- March 24, 2013
Another stormy night last night although not as bad as the previous few nights. Not only that but the temperature had dropped significantly early evening yesterday and the snow had turned to ice meaning outside was like a death trap!

We had no Rob again yesterday due to the weather conditions but he'd promised he'd come today, which he did - arriving at 8AM sharpish. He didn't stay very long though, only until around 1030-11 as he didn't want to get stranded from home as it was still snowing around his way.

It's not his fault I know, but its really frustrating that the bathroom isn't finished now. And it means that another clean up will be required AGAIN when he comes back to finally finish up.

Anyway, he got the other bathroom door on, a shelf unit, the mirrored wall cabinet, towel rails and the shower screen! Hurrah!

It's mostly trims now that need to go up and the last window frame and then it's onto the flooring which will look fab. A bit of siliconing will need doing too. Finally seeing the flooring on the boat today was good as I was afraid it might be too light when we looked at it in the shop, but its perfect.

So here is how we're looking today....

Finally, a towel rail - check out those towels :P 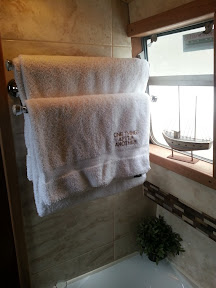 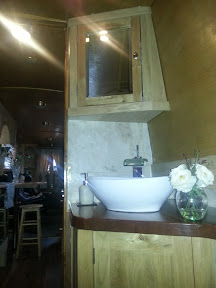 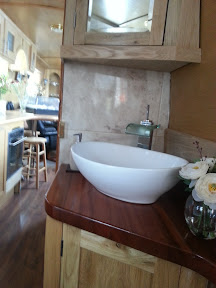 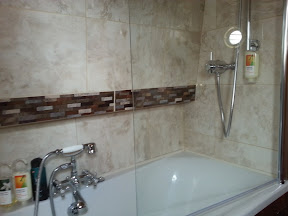 Sorry if you've left comments and I've not replied, I cant log into Blogger to view them/reply and the Internet is still not full working and my phone signal is still down too.

I think it must be a phone mast or something as other people who are on Vodafone are having problems too.

It's absolutely freezing tonight so we won't be doing much else as the wind is still up a bit too. Dinner and chill out and bed early as Rob is returning at 8AM again tomorrow - unless we have 6 foot of snow overnight!