- September 16, 2014
It's been nearly 9 months since I last blogged and I can't actually believe it's been that long - feels like it was just a few weeks ago really.

At this stage then, I'm not sure if there'll be any readers out there, but I suppose if I want to carry on chronicling life on the boat, I need to make a start somewhere!

I think the reason for the lack of blogging is, in part, because I was boring myself (never mind anyone else that reads it!) and it was starting to feel a bit too personal. I seemed to be detailing my life over the internet for anyone to read and I suppose in some ways, I was starting to get a little uncomfortable with that. However, that's what blogging is, I know! It's a diary of sorts, which is obviously only one 'facet-of-a-diamond' in terms of "our life", but still somewhat a diary and not what I initially thought would be just a way of referencing what we had done or had fitted (etc) in the boat.

I have missed blogging sometimes and definitely miss being able to look back at what we've done or achieved, or where we have travelled etc - and its a shame as we really have done some travelling this summer! Thats also another reason for not blogging - time has just been flying by and there's always something that needs doing, appointments And just general "life" that gets in the way of finding time to dedicate to a proper blog post!

So what has been happening over the last few months.....?

- January - Rob came back and finished some bedroom work for us ( mostly trims and beading as well as boxing in pipe work etc) although we have a long list still of things we want him to finish! He is due to come back soon hopefully to alter the cross fit bed frame and new porthole liners etc.

Some new sapele gunnel trims in place before oiling: 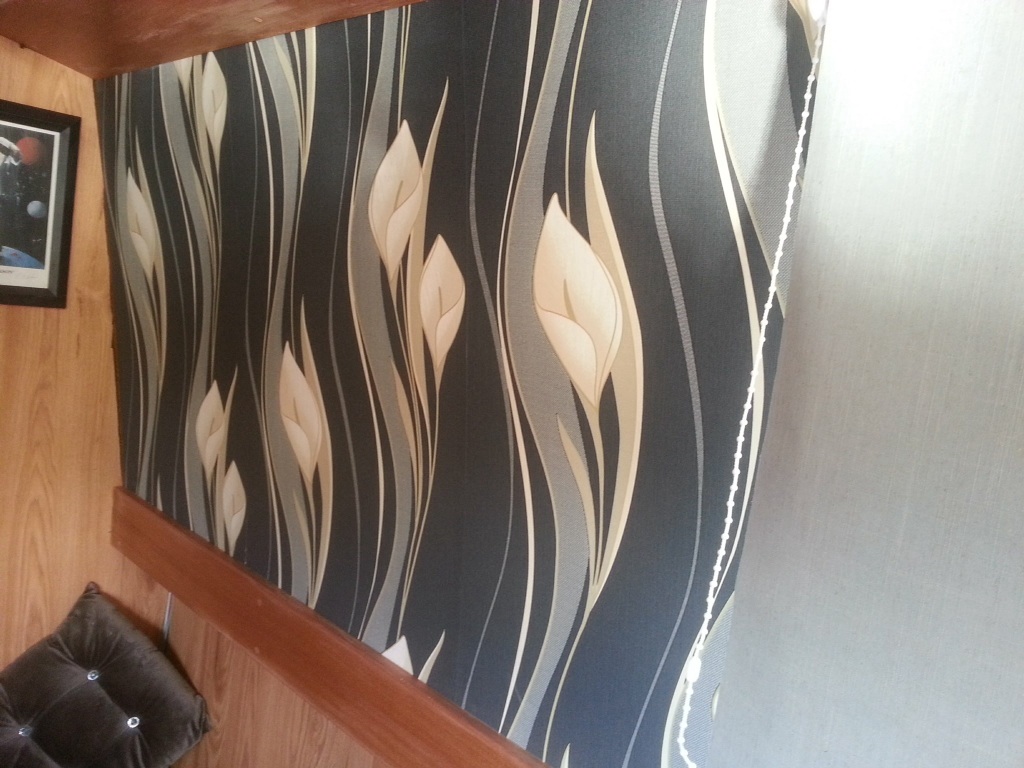 - February - saw us take to a bit of DIY tiling! Our fire surround still had no firedboard ( I know! Don't shout or tell me how unsafe that was - we know and we should have done something sooner). Well, to make up for lost time, we decided to go all out on being "safe" and got the latest 25mm fireboard and did a spot of tiling ourselves! 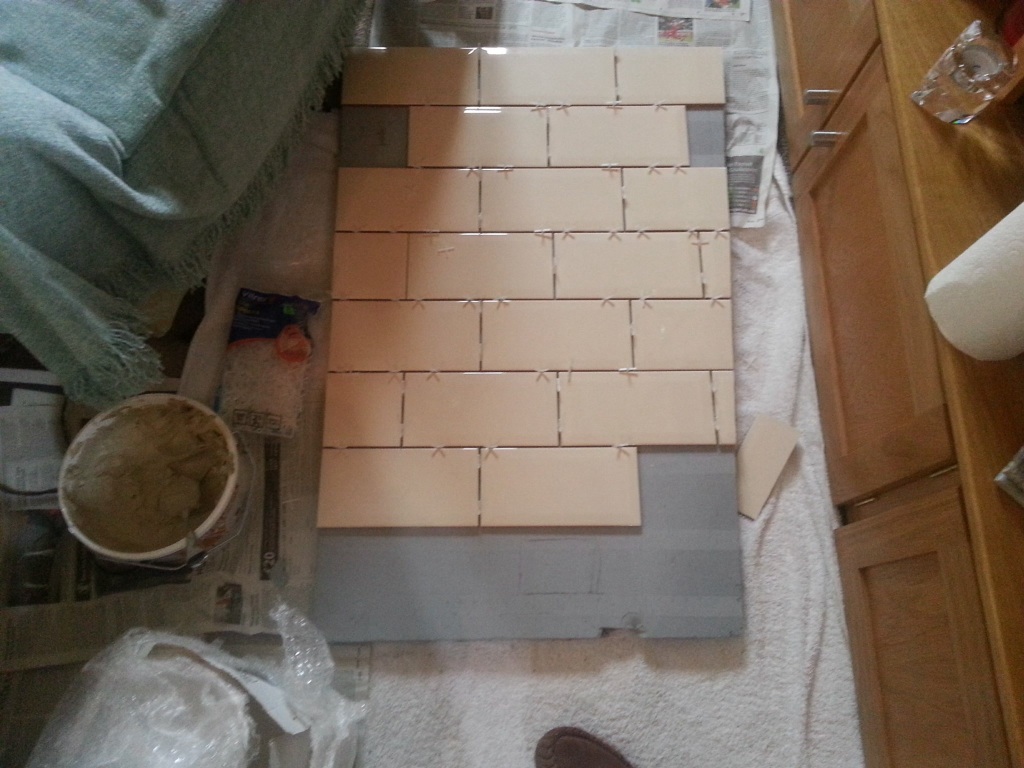 We basically, made a template of the walls at the back and side of the stove and then cut the fireboard into that shape. Then literally tiled on the top with fireproof adhesive - it was actually easy as you could take the boards and tile them at your leisure whilst sat down! 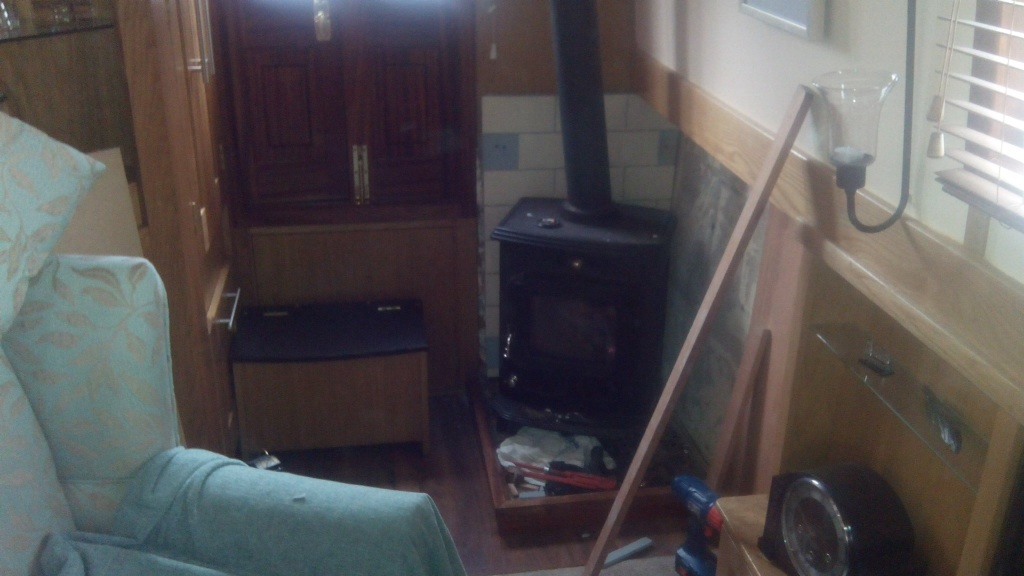 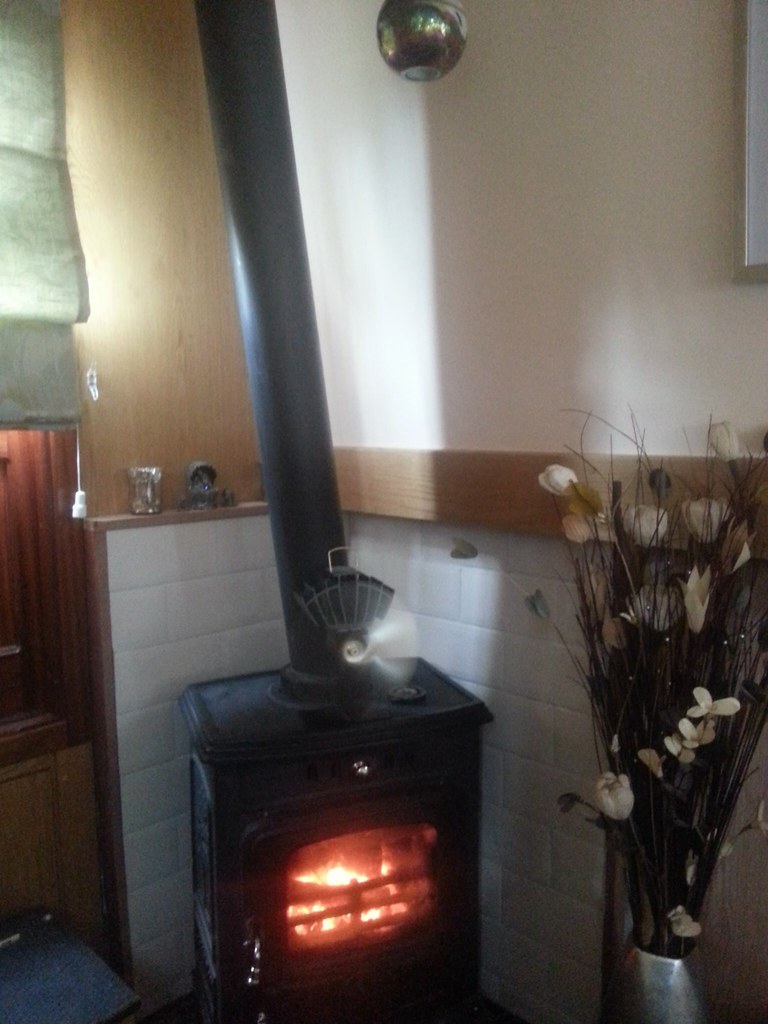 We couldn't believe what a good job we'd done!

We got so carried away, we decided to throw a few tiles up in the kitchen too as I was fed up of the wall getting stained all the time. Pav thought we'd balls it up royally but even he was impressed with how well we'd managed to do it. 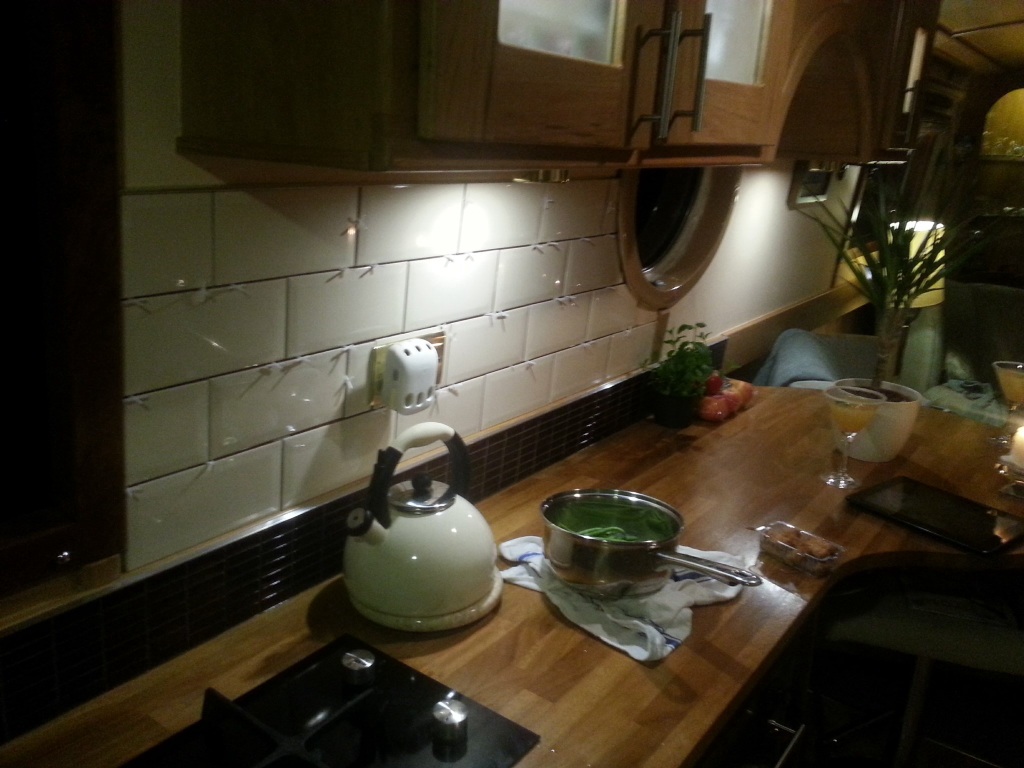 - March - saw us cut the ropes for a trip to Manchester, onto the Peak Forest followed by the Ashton Canal! We had to do it that way due to timing regarding work etc, and we were dreading it with everything that had been said about the Ashton! However, I have to say, it was one of the most pleasant canals (in terms of people) that we'd ever been on. Lots of people chatting and offering to help with lock gates , so we were really pleased that we'd done it. Our trip for Manchester was to have the boat blacked which we were having done at Preston Brook in... 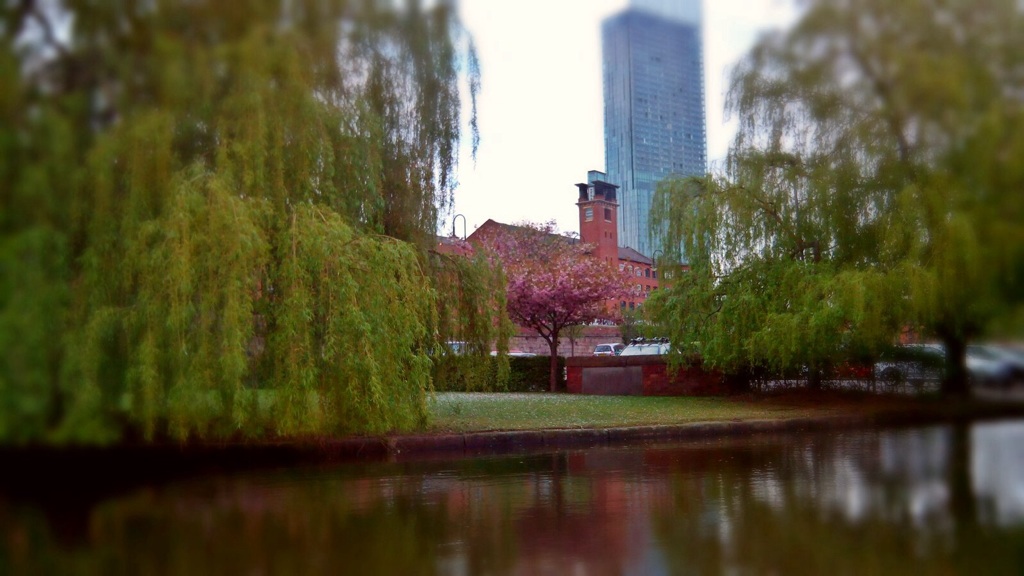 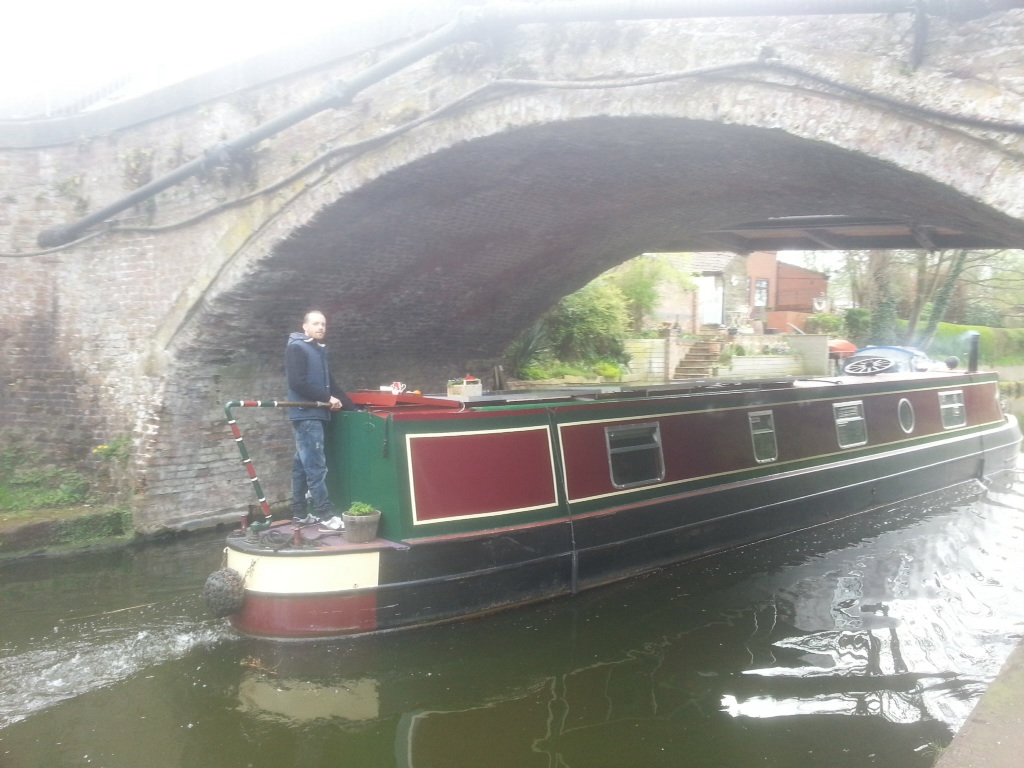 -April - We've always had fond memories of the Bridgewater Canal and the Trent and Mersey, so it was nice to be back on the two canals and great to see Tim Leech up at Preston Brook who did our blacking, fitted new anodes, painted us some new tunnel bands and straightened our propellor! 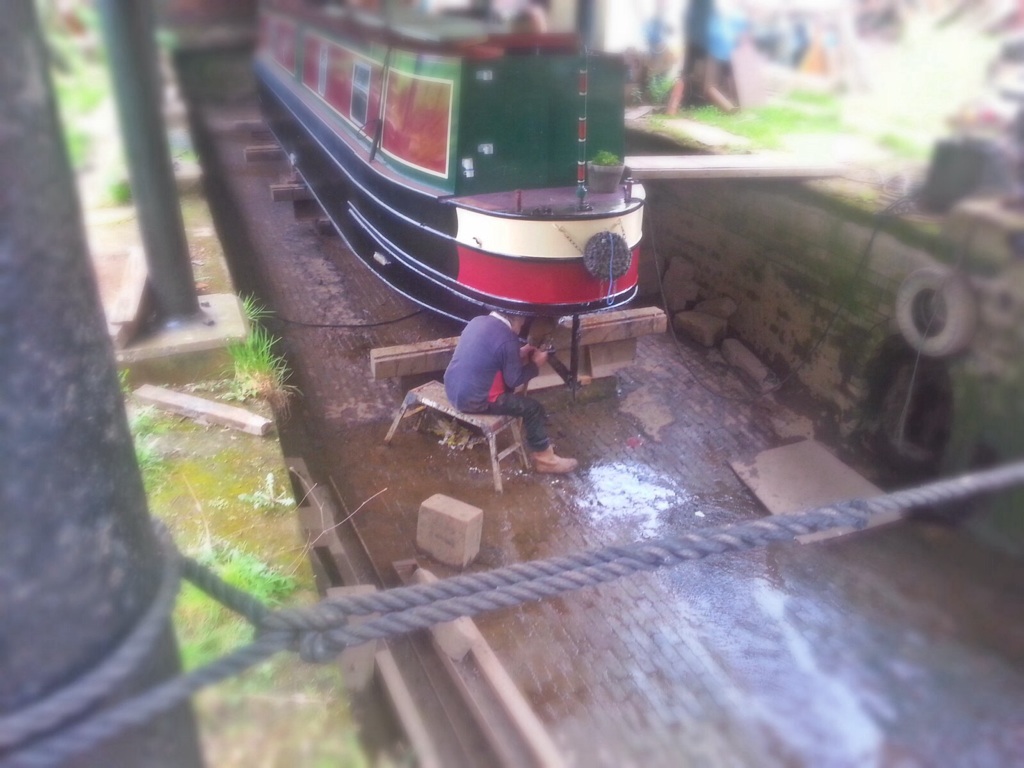 -May saw me get to work on giving the roof a paint as well the handrails in Rylard Gloss (hate working with that stuff but actually did a good job!)

The roof was cream, but was peeling off after abusing it by chucking bags of coal and other stuff on it, and I ended up hating the cream as it was so difficult to keep clean - so we went back to a Royal Mail Red! It took us nearly a week just to sand and prep for painting, but definitely worth it: 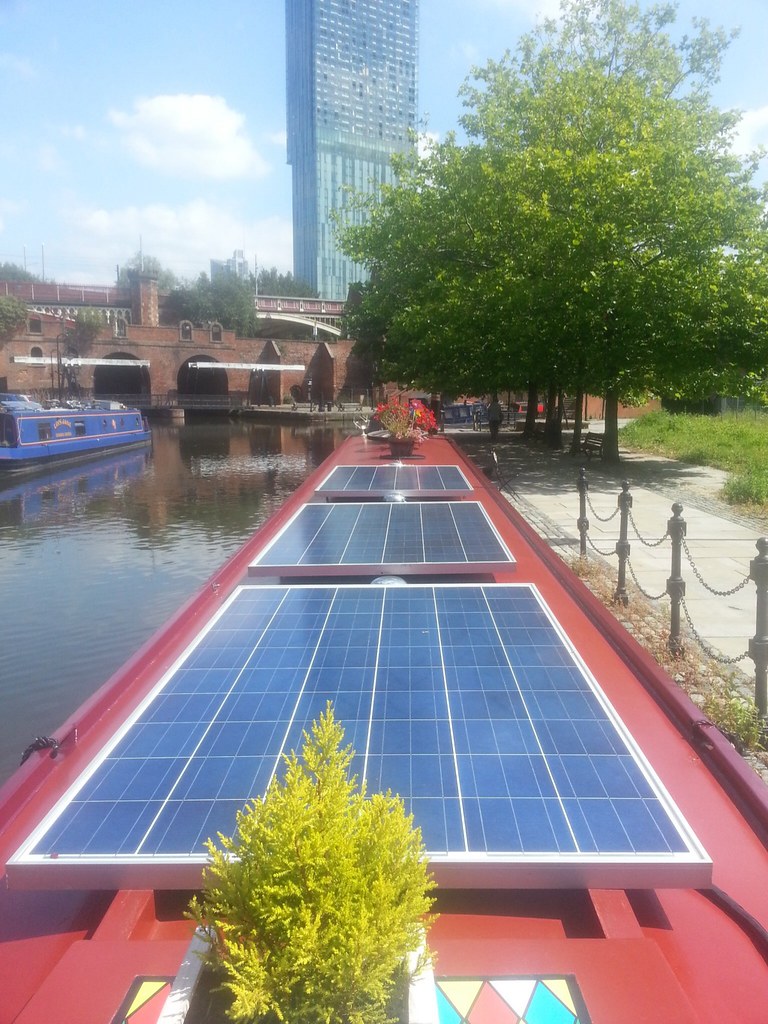 I even painted a stripey design on the tiller and the back doors had a fresh coat of green gloss on too: 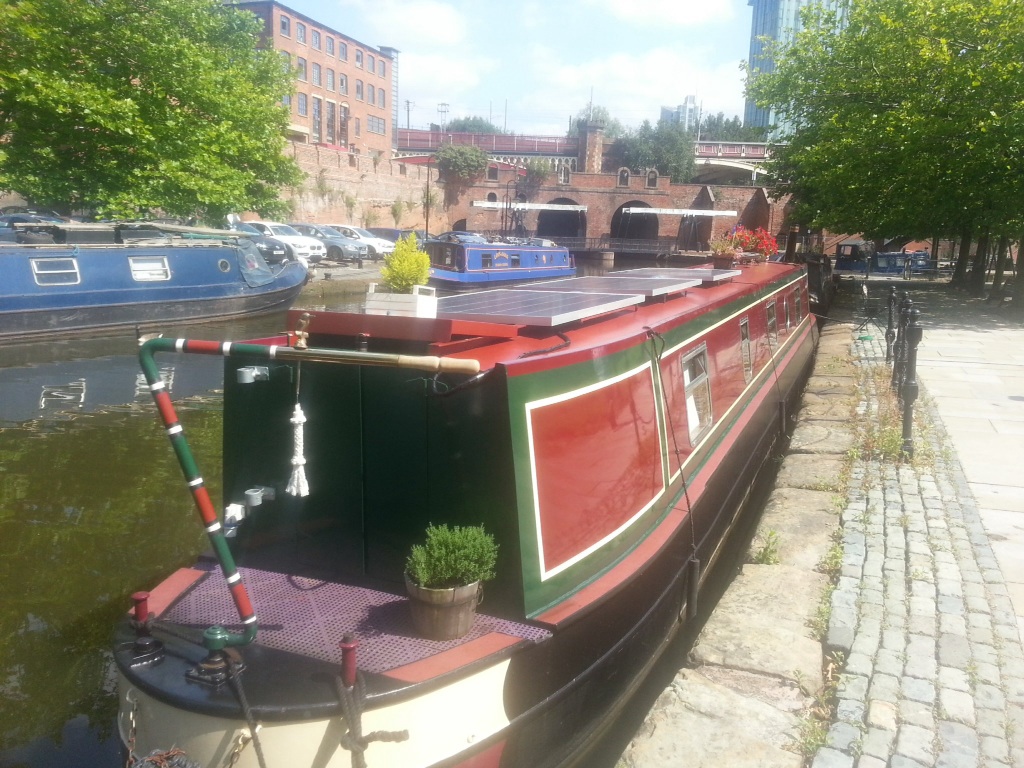 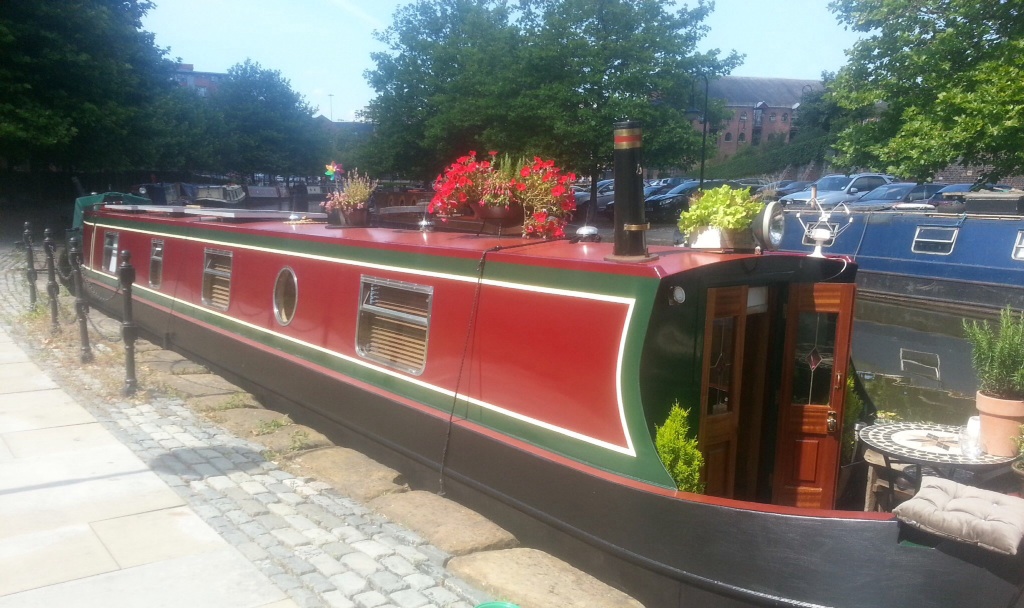 - June - saw us turn attention to the decking. Sanding, scrubbing and re-staining and lacquering 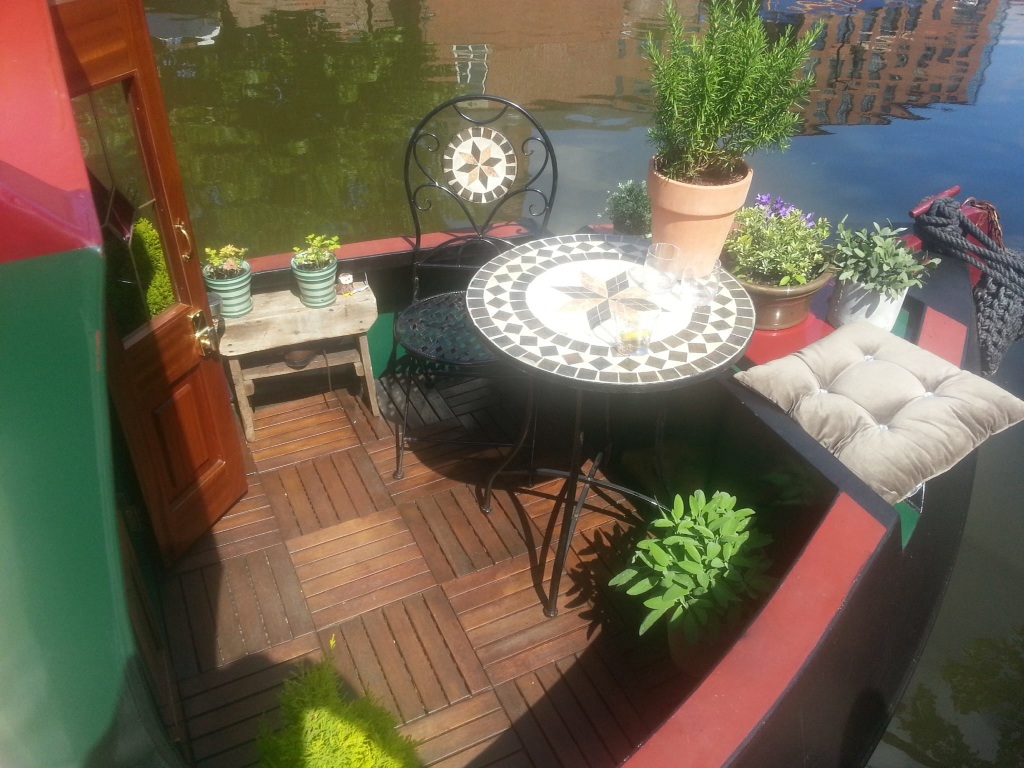 So the boat is looking ship-shape(!) and tidy! However, jobs on the boat never cease and our toilet packed up last week, so our new one arrived today which we hope to fit tomorrow (it'll be a drama I can tell as it involves taking a section of wall out!) and I've recently spent 10 days oiling a work top (don't ask!!!)

The last few months we have been cruising around the Bridgewater and Trent and Mersey and we are still out and about now. We still have our mooring in Poynton but not sure when we will return yet - isn't that what living on a boat is all about anyway?!

Being in Manchester has been really different for us but we have definitely loved every minute of it, made plenty of new friends and basically absorbed a whole new lifestyle.

Will try and post about how the toilet fitting goes tomorrow! Wish us luck!