- March 18, 2013
The bathroom refurb began again today at 8AM when Rob was knocking on the door.

Today he brought with him the cabinets, bath panel and wall unit but has had to take that home again to do some adjustments on the angle.

These photos are absolutely terrible and do the work no justice! I've taken a mixture of pictures with flash and no flash because nothing looks decent at night time! They look dark and gloomy with no flash or sterile and gloomy with the flash! I will take better pictures tomorrow.

Tiling finished on the bulkheads: 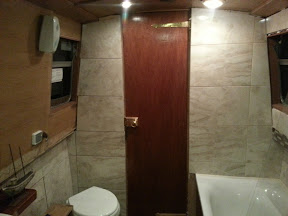 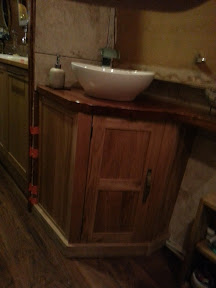 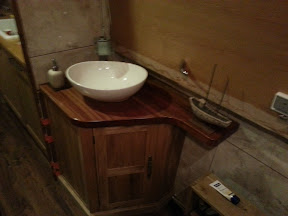 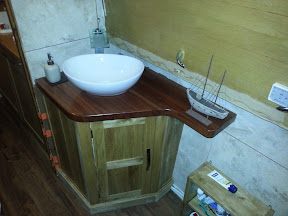 There's still shelves to go on the side of the unit yet too which is why the top is extended past the unit. 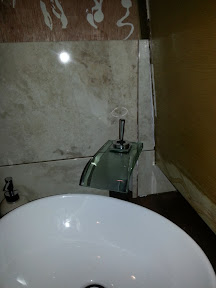 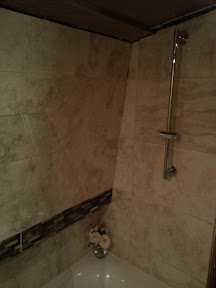 It's great just to have the bathroom sink back in place...but the disaster today is that the shower screen is too tall! Rob isn't coming back until Wednesday now, but is hopefully going to finish things up then - it all looks a bit of a state and unfinished still at the moment. Lots of beading and finishing touches!

I now have the task of trying to find a shower screen at only 1300mm in height and get it delivered on Wednesday, ready to fit whilst Rob is here...not likely, but I will try. The only one I have found which says they do a next day delivery says that delivery might not be until 7PM in evening. Hmmm