Back to life, back to reality! What a mess!! But it's to be expected I suppose... It's nearly 8Pm and we've just finished cleaning up.

We got back to the boat around 2PM and Rob wasn't here and everything looked mostly the same as in the pictures that Rob sent last night. There was no sign of Rob as he'd gone back to his workshop to start building our units, as he will now fit the units and finish the tiling off around those. 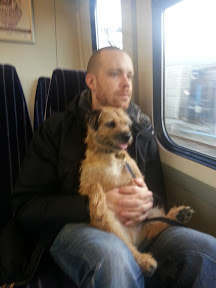 A few better quality pictures of the tiling: 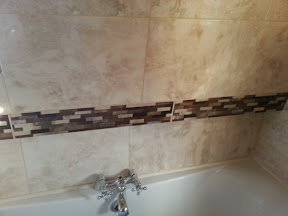 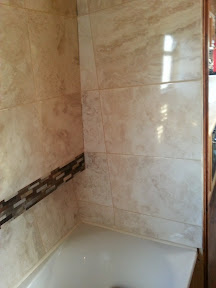 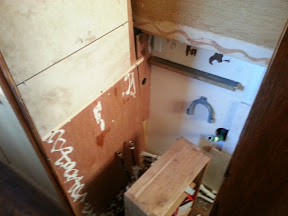 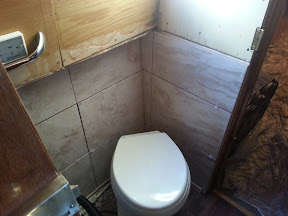 Rob isn't coming until Friday now as he's focusing on the units, bath panel and window frame which I imagine he will be bringing on Friday too!

We will keep you posted.