Skip to main content
- November 10, 2014
The days really do seem to go by so quickly these days. What happened to the times when I was younger, when it seemed like forever between Halloween and Christmas?

Does time really go faster the older you get - I'm sure my Dad used to say something like that!

Yes, it's been over a week since I last updated, but there's not all that much that's been going off. We're still doing a very slow cleanup of the engine room. We're not rushing it - it's not a living space so it's not impacting on day to day life on the boat.

Last week, we cleaned all the engine room floor boards and all the appliances that had a film of oil all over them(!) We also used an oil and degreaser solution and diluted that and threw it into the bilge where it's still sitting - hopefully working away. In the next day or so we will go in there and give it a good scrubbing with a bristle brush and hopefully a lot of the grease will be cleaned up and we can think further along the lines of getting it all painted up.

Pawel was off on Bonfire Night - we didn't really do much though and didn't go to see any firework displays. We just had a movie night in and dinner and even had toffee popcorn ! 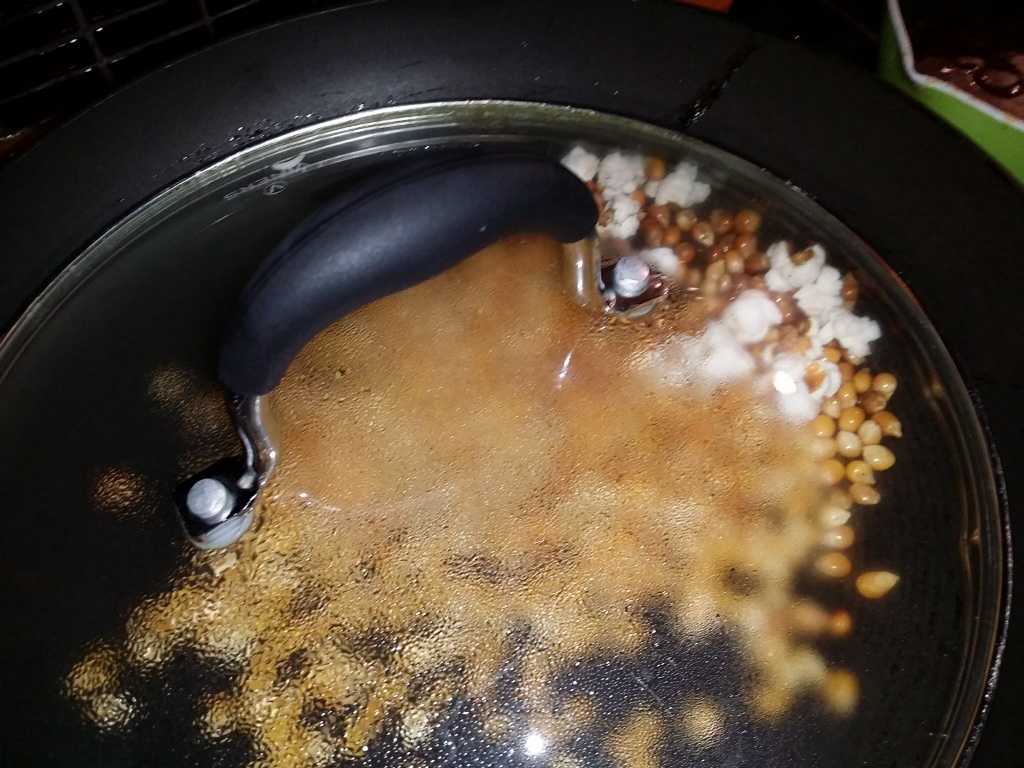 It's really easy to make, but really addictive too. I'll post the recipe soon - it's not difficult, better than buying it and was definitely a good bonfire night snack! 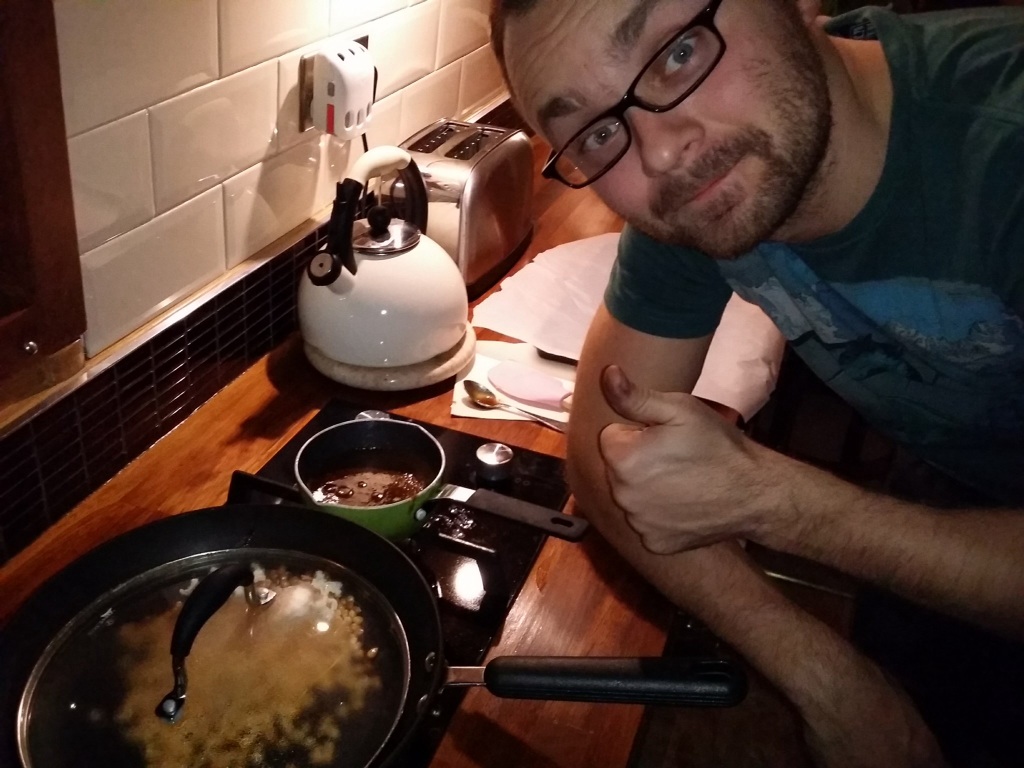 For once, it was actually proper bonfire night weather too - cold, dry and misty! I haven't remembered a bonfire night like that since I was a kid - we even had a festive walk outside around 10PM just to take it all in!

The riddling grate broke on our stove the other day. I noticed when I riddled that suddenly all the coal seemed to disappear into the ash pan! Another worry! (And bill!!)

We let the fire die out the day after and took a look - the grate had actually snapped in half. We've ordered another one which came on saturday but haven't fitted it yet.

In the meantime, it would mean that we couldn't really empty the ash and the ash and the coal would all be in one pile meaning that within a day or so, the efficiency of the stove would decrease.

We decided to do a repair job on the grate while we were awaiting delivery of the new one. It was dead easy!... 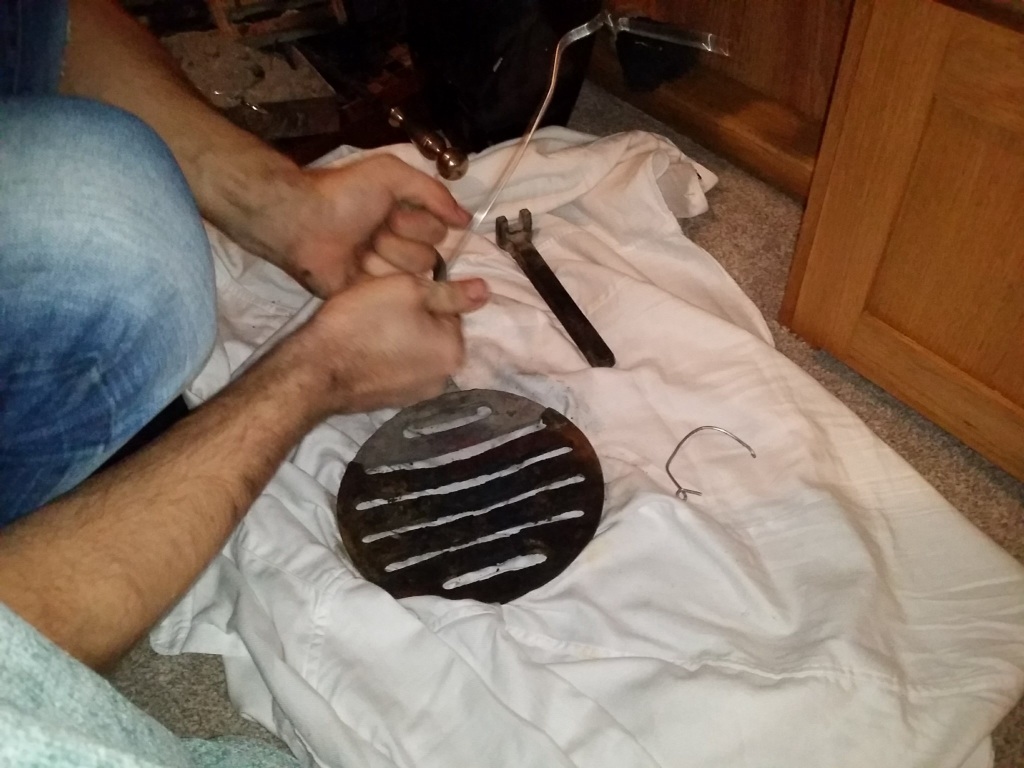 We got a wire coat hanger and literally used the wire to bend around the two parts, pulling them together 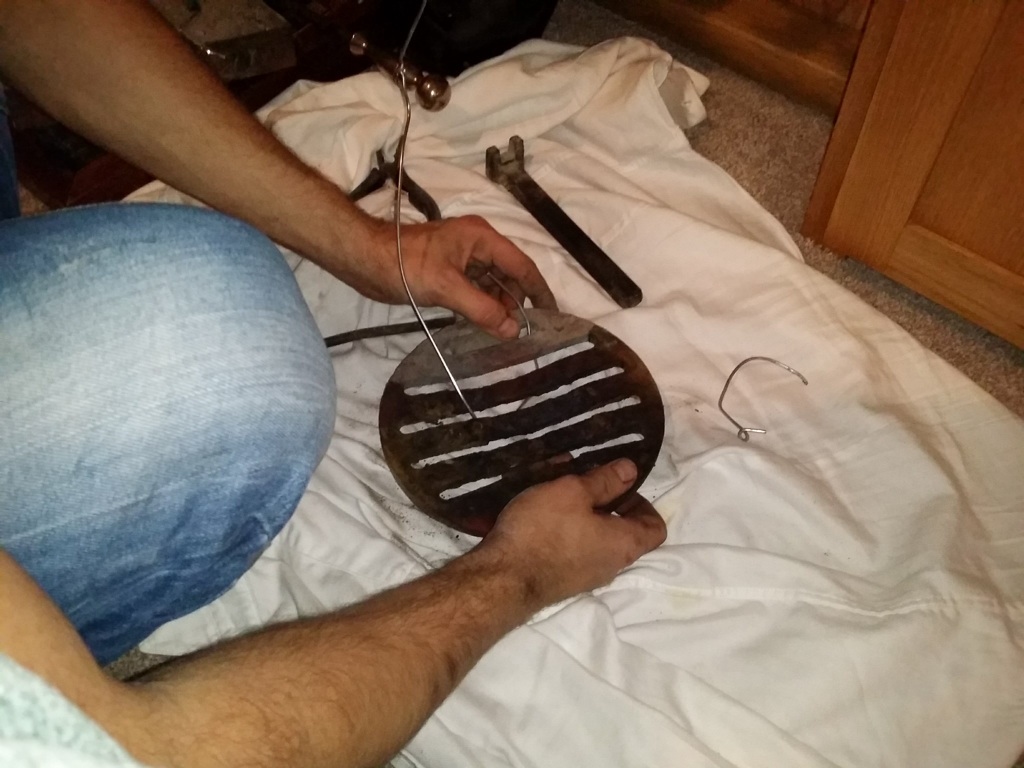 Its not perfect but it's done the job and meant we could keep the stove going. I think we're going to let the stove die out tonight and drop the new one in tomorrow! 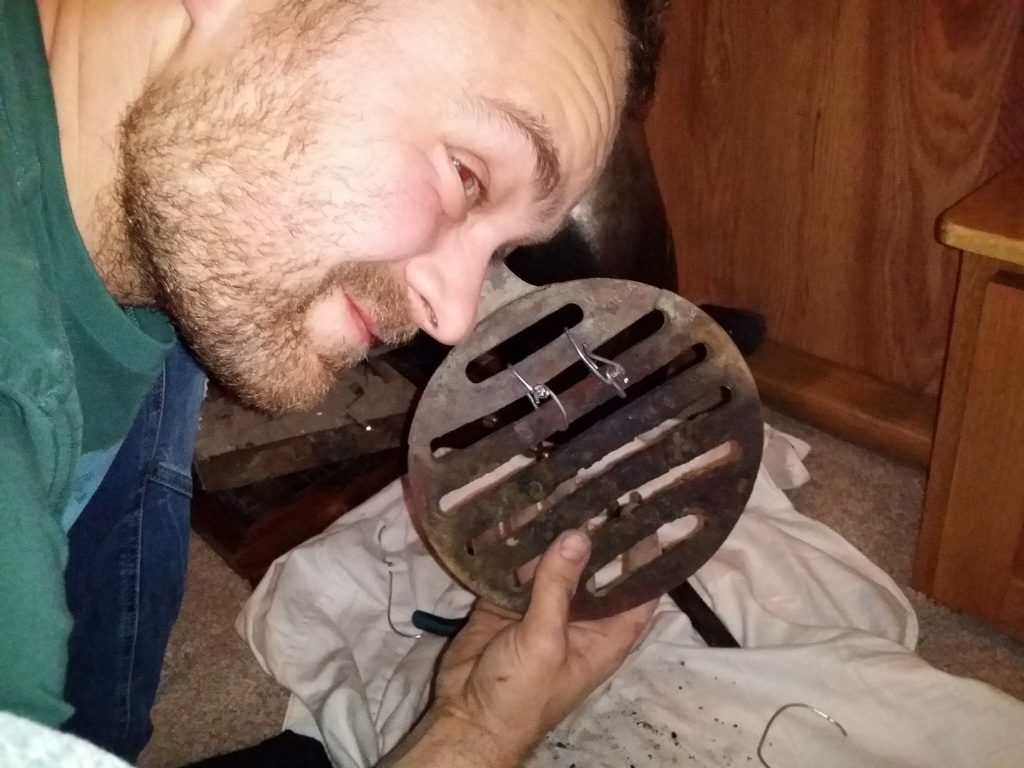