- February 18, 2013
The bread was an absolute failure - I'm not sure what went wrong to be honest! But if at first you don't succeed, try, try again!

After lunch we decided that seeing as Pawel was off, we should do something and decided to go to Brookside Garden Centre which is a short ride from us on the bus - we've never been before despite it only being 10 minutes away and thought with the weather looking a bit better, today was the day!

We knew it apparently had a "miniature railway" and a cafe, but were shocked when we arrived. It was a whole complex! 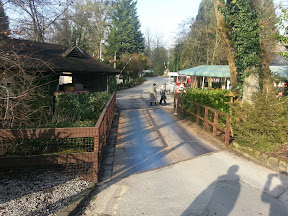 I wonder if we can moor here: 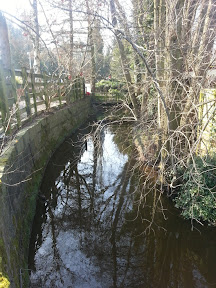 The miniature railway is totally under-marketed on their website - it's so cute and amazing! There is even a railway platform with luggage left behind from mystery travellers, not to mention other old and long forgotten momentos : 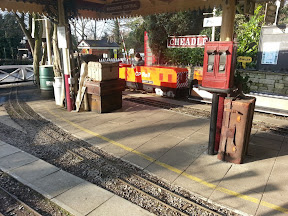 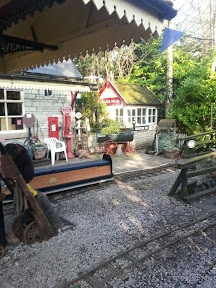 A 'conductor' waving off the train!: 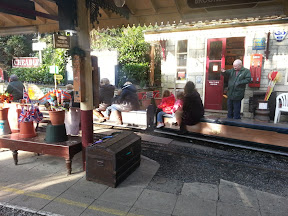 We really wanted to go on the mini train but both agreed we'd feel utterly ashamed as two grown men on it on a Monday afternoon!

Here's Pawel inside the 'waiting room' which is also covered in railway paraphernalia along with model trains to buy, toys and sweets: 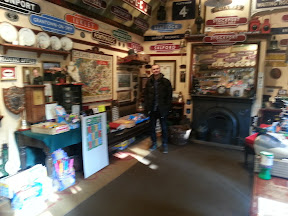 Signage up on the ceiling: 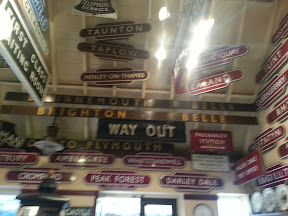 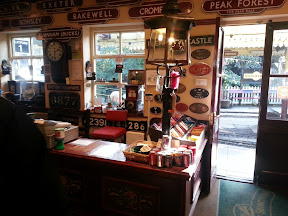 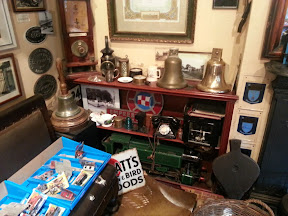 Even Phil Collins has been for a visit - and describes the train as "the greatest little railway in Cheshire!" 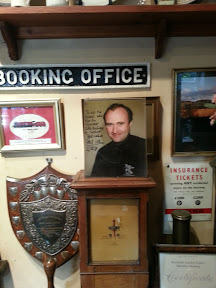 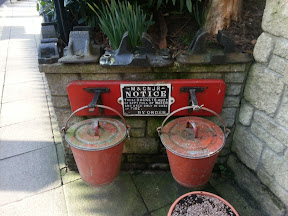 Coal for the train! 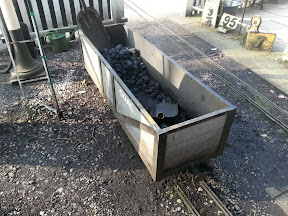 Along with the train and the coffee shop, not to mention of course, the garden centre, they also have a fish centre with plenty of tropical fish and aquariums for sale: 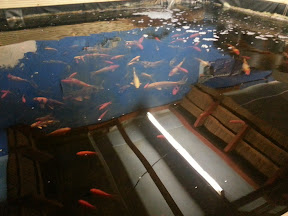 After looking at all the attractions, we then had a quick look around the actual garden centre, picking out a few more vegetable seeds and a mini greenhouse propagator which was only a fiver and means that I can sow my seeds in little pots now and get the seedlings going!