- February 12, 2013
I needed to get out of the boat today, regardless of how a bad it could be for my knee - I just needed to move. Pawel suggested that we go to Buxton as we've both never been and its only about 3 train stops from our local train station.

We left before mid-day and the journey is a lovely scenic route, much like on the train coming here, but we were shocked as we got nearer to Buxton to see how much snow there was as there's nothing around here at the moment.

There was a noticeable temperature difference as well and it was really cold - with Pawel telling me that its because Buxton is one of the highest towns in England! 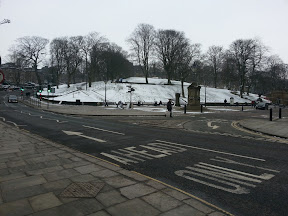 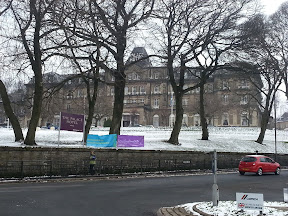 We only went around the town which had some nice little shops and a few shopping arcades. One of the arcades is an old bath house though with some of the original fixtures still present:- 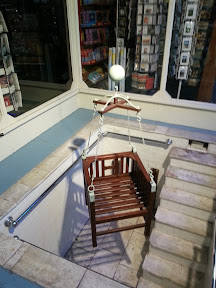 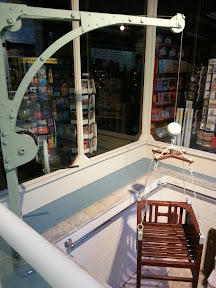 And here's some pictures of the bath house in its day: 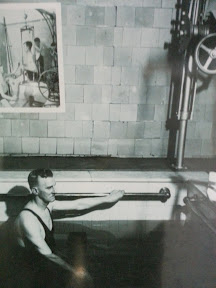 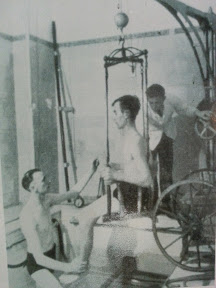 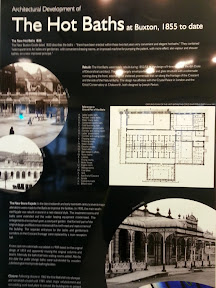 We found a coffee shop/chocolatier in the arcade as well and decided to have a nice cappuccino which came along with some complimentary chocolates.

Pawel getting the cappuccinos in! Ha! 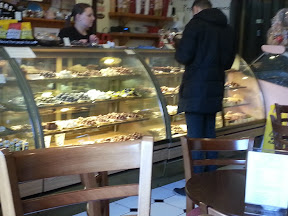 The chocolates were really nice.

The heart shaped chocolate was a baileys concoction with the other one being "Mojito" - it was amazing! It really was like a chocolate version of the drink! 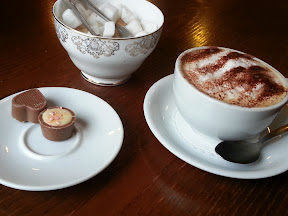 The view out of the coffee shop and Pawel playing peek-a-boo with the camera: 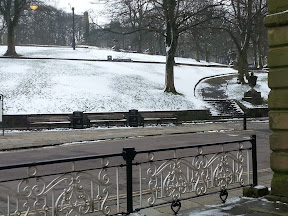 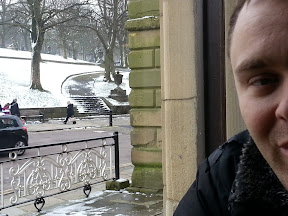 Pawel couldn't resist upon leaving, of taking a picture through one of the at the woman making the chocolates - I think he got a bit nervous though as the picture is a bit blurred!: 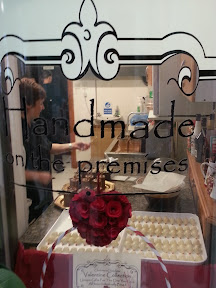 We got back to the boat a bit later than we'd planned and decided that seeing as the stove was nearly out, it was time to give it a good clean out as its not been burning as hot lately and for some reason I'm always feeling cold!

Pawel got on with that and hopefully it'll function a bit better now.