- February 01, 2013
....This year! It may sound a little over the top, but I woke up this morning and the sun was out and shining bright. The heavy winds had appeared to have stopped too and so it felt like Spring!

We had breakfast and then did a few jobs around the boat, like cleaning out the stove and taking the cassette to be emptied. On the way back with the cassette though, we both couldn't believe how warm it was in the sun for the beginning of February. It required a celebration!! Something....special!!

So, in we went and popped the kettle on. We were going to have our first coffee and cake, outside, on the deck - the first of its kind in 2013!!

And what better to accompany a good coffee and some sunshine but a bit of Roy Ayers - Everybody Loves The Sunshine! on Jazz FM as we sipped away...

(Hmmm, look at the state of the table - the cold and elements since summer have stripped the finish off! It looks a right mess - will have to get onto it!) 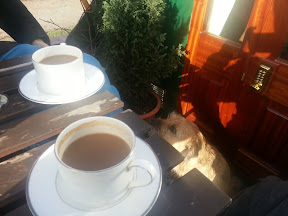 View from the deck: 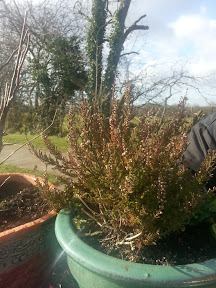 OK so back to reality, it wasn't like 20C!! But it was nice!
(Although we did head in after about 20minutes!)

The sun also got me thinking about planting things. Last year we wanted to grow some of our own fruit and veg, but we did leave it a little late, I remember, only planting tomato plants from seeds in late May. So I'm planning already this year and planning on getting a head start!

Last year we grew the tomatoes but didn't get much from them for the same reasons as above(!), blueberries, strawberries and raspberries. Oh, not to mention chives!

I'm thinking this year to get a really early start on the tomatoes and start by planting them indoors. We eat loads of cherry tomatoes but they're just so expensive in the supermarket these days for half decent ones. So the sooner I get started, the sooner our shopping bill will be cheaper!

Obviously, everything we grow has to have the ability to be grown in pots and I've found some great ideas so far! 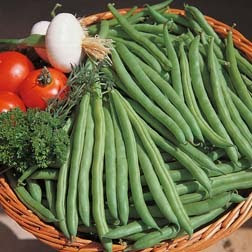 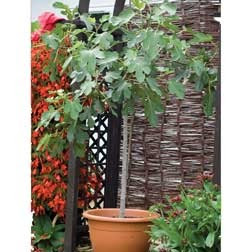 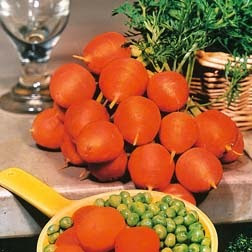 Radishes of course can be grown in pots too as can, I think, spring onions. So we'll definately be starting off with those!

Our blueberry bush last year did OK, but I've also just found out today that they do better if there is another one - they pollinate each other apparently. I'll probably get a few more blueberry bushes for the deck too then! 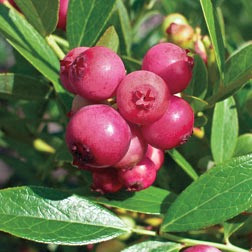 Shouldn't that be "pinkberries" then?!

Now the other problem is finding space for it all, although we do have land outside of our boat we could also put pots on but the only problem is that people can walk past.....and nick me bloomin' fruit!!

Oh around 3PM the sun disappeared and its pissed it down with rain ever since! I knew it wouldn't last ;)