Hope you have a great few days with plenty of food, drink and good company :)

There's just the two of us again this year on the boat so it'll be a quiet one but enjoyable all the same.

As i write this, Ive just popped our Turkey "crown" in the own which we got from Waitrose last week and also comes with some stuffing balls too - all in ready to roast tins.

Instead of boiling the sprouts I'll be slicing them finely and frying them with bacon bits and chestnut pieces in butter... mmMMmmm!

We will also be having some roast potatoes and roasted veg alongside, not forgetting pigs in blankets!

Yesterday was a bit manic as I was prepping lots of things including my chilli jam, home made mince pies and a flour-less carrot cake. We had a lovely buffet last night though and it was all well worth the effort. It was nice just to spend Christmas Eve just the two of us with nothing else to do but to leisurely make the food we'd be eating over the next few days. 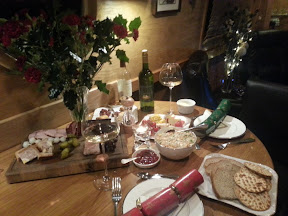 We managed to bottle a demijohn of our Elderflower white wine yesterday too which was amazing with the food we had last night. Here's some pictures of the bottling process and when they're labelled and sealed...

A few have asked how we put the seals on top of the bottles . You buy the seals and simply shrink them using the steam from a kettle - easy! It gives the bottles a really professional look too.

Siphoning into the bottles (bit of a messy job with stuff everywhere!): 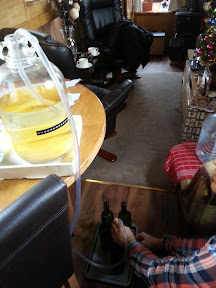 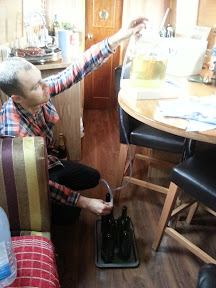 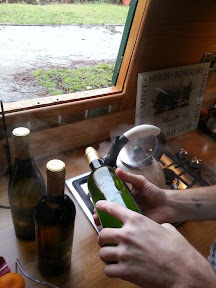 The finished product as well as a glass of it!: 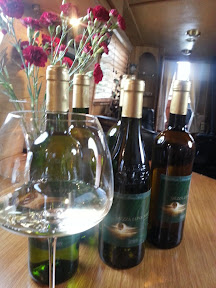 I'm made up with my christmas present from P! I've wanted one of these for ages! It's a weather station with all the gauges that you put outsider which is then radio controlled and transmitted to the touch screen display inside :) 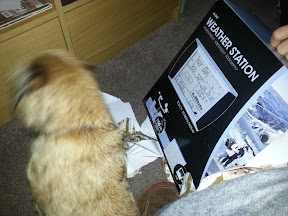 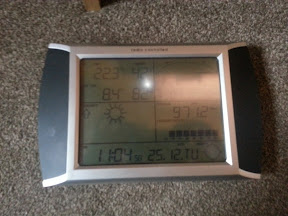 Bring on the geek!!

Will post more after Christmas, today I'm just enjoying the time off with P! I'll also stick to my promise and post the chilli jam recipe.