Always One Thing After Another!

- December 29, 2012
I wasn't happy last night !! It all started when we had the engine on yesterday and once again the engine started cutting out. I don't think our diesel has been stolen again, but we had (stupidly!) just ran out, probably because we've only been putting small amounts in the tank Incase it DOES get stolen!

So much for a nice day with lots of scenery spotting with Eddie and trying to rest my knee which is really painful lately and has swollen up again. 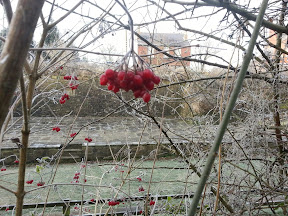 Anyway, if there's readers out there who don't have a boat and are thinking how stupid we are to let the tank run dry.... It's not as straight forward as having petrol or diesel in a car.

There is no fuel indicator on a boat dashboard to tell you when you're nearly running low, or a light or anything like that which comes on. The engine just stops! You literally just have to guess how much fuel you are using/have left, knowing that an hour of engine running time is around a litre of fuel.

Hmmm. However it is still our own stupid fault as regular tank checks with a stick will show you how much fuel you've got left in the tank. Running the tank dry can be quite harmful to your engine.

Without the engine running we don't really have a home = no hot water and no electric as the solar panels aren't that good at this time of year with these short, dull days.

Anyway, yesterday morning we went to the chandlery to buy a quick 20litres of diesel and put it in the fuel tank. I did a "bleed" of the system and fuel lines and the engine did eventually start OK and was fine. I had the engine on after P went to work and charged the batteries upto 100%.

However, when I went to put the engine on around 7pm to do an evening top up of the batteries, it just wouldn't start again and the engine was just cranking over like it had no diesel or there was air in the system again.

I tried the following:

I guessed it was a major problem. I finally left it be, leaving with a face like so: 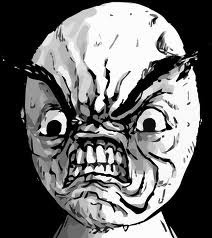 P came in around 11 and we had a go at a few other things, but still no engine came on. A sleepless night.

This morning we got up and changed the fuel filter, but that also did nothing. 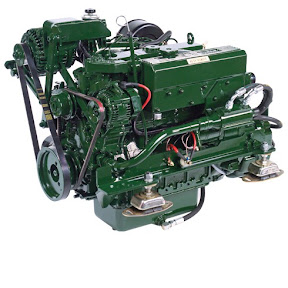 We figured out it must be either the starter battery that had died or blocked fuel lines which is something a lot more serious and would require a professional in.

We took the connections off the starter battery that we suspected had died and linked them up to the leisure batteries and finally the engine was working!!

It did mean though that we had to buy a new starter battery from the chandlery, but at least it wasn't anything more serious. It must have been coincidence that the battery died at the same time as the fuel running out. We never changed the starter battery when we replaced our domestic batteries (for all our appliances and general electric needs) earlier this year and we knew it was old and knackered!

So everything is back to normal, although P had to head out to work pretty much straight away afterwards. I felt sorry for him as I felt really exhausted after it all. (Get it?! "Exhausted"!!....Engine exhaust :D )

The boat is definately true to its name -