- October 31, 2014
Well, after a lot of delays - irritating ones at that, we finally got away from Stretford Marina this morning. It wasn't a triumphant journey, nor did we have anything to feel pleased about really despite the engine having been fully re-mounted. 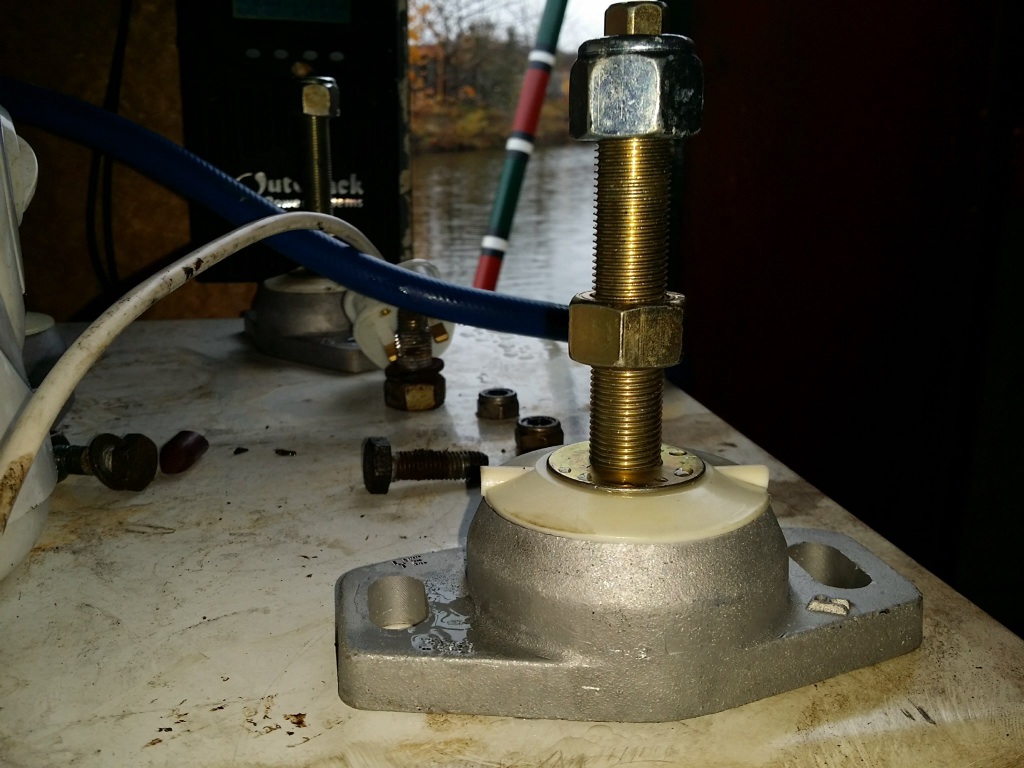 Whilst the engine has been fixed into place and is working, we are aware now of the exhaust silencer having a split in it - apparently where the engine moved forward during it's divorce from the base plate, and has slightly torn away from the main exhaust pipe. This is going to cost us a further £250 ++ on top of what we have already paid - it's seriously depressing.

The work in progress - engine disconnected from exhaust and propellor shaft: 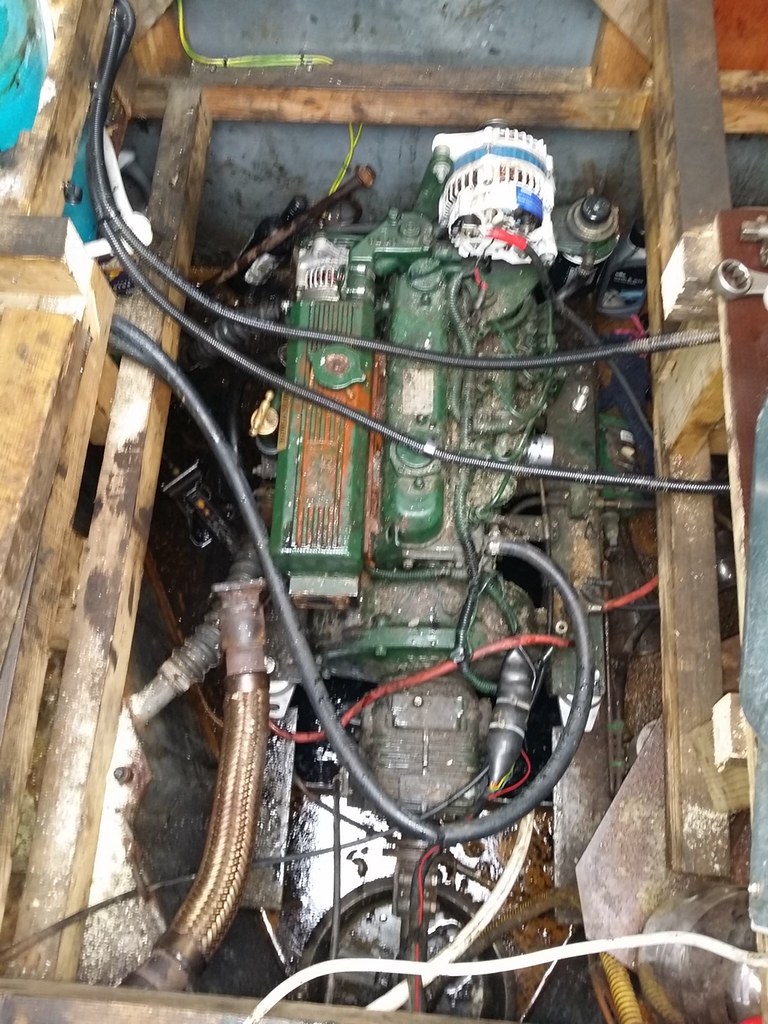 Not only that, but of course we also had to pay Stretford Marina for the pleasure of mooring there for the last 8 or 9 days. The whole thing has been a nightmare - and the boat still looks like it's in pieces. There's a hell of a lot of oil all over the paintwork outside and I just really feel like our boat has been torn apart - all our efforts to always try and improve upon it and make it something special - our home - seem to have backfired spectacularly.

Yesterday, I couldn't bring myself to even wash-up a cup - just the thought of where to start with the mess everywhere just makes me want to close all the blinds and go to sleep. I'm hoping that we will both snap out of this in the next few days. 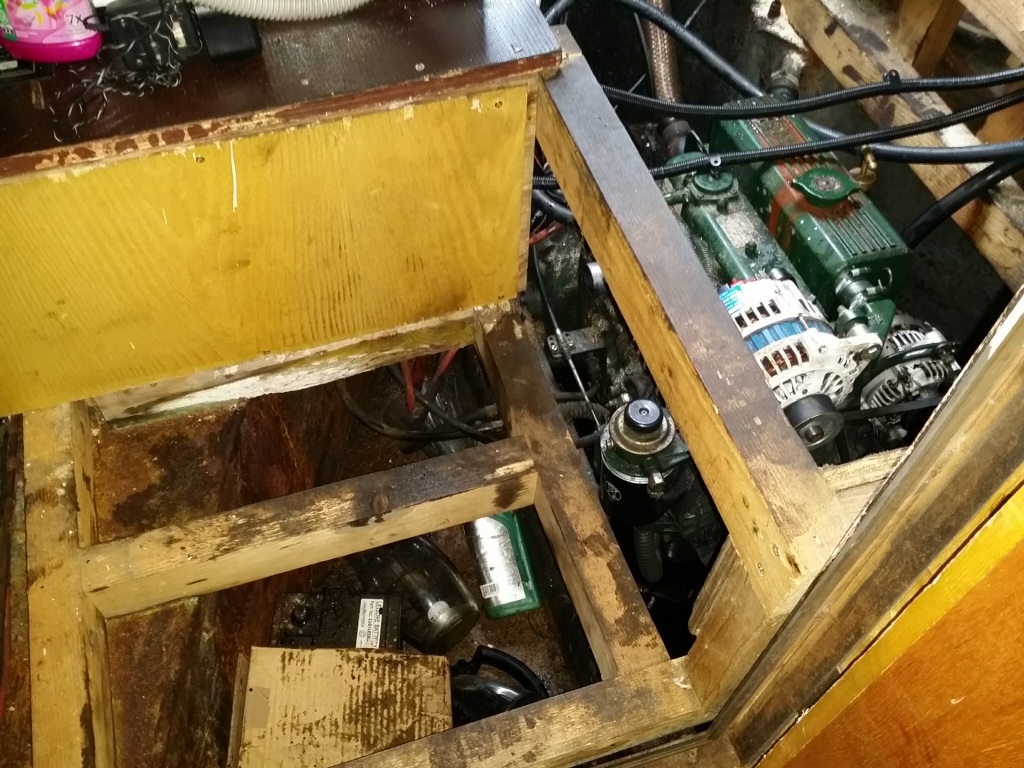 I have to admit that it was good to get back to Castlefield - Stretford is really not a great place to be at all and I think that contributed to the depression!

Not only that, but it's nice to have some sort of a view again - the leaves are really coming down around here now - it has a magical autumn feel to the place, although we can't fully appreciate it due to the stress and worry of everything... We can try I suppose. 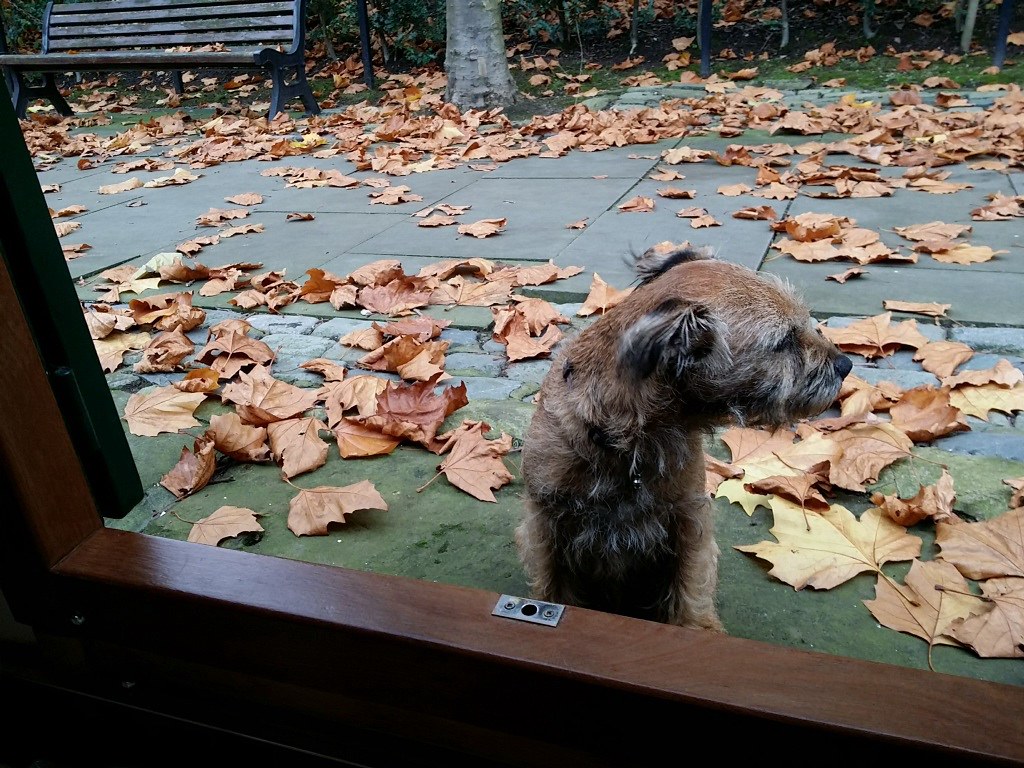 I popped to Halfords this afternoon as apparently you can get a bandage which can go round exhaust pipes - I found a bandage type thing and a paste - I got them both as I'm not really sure what kind of hole/split it is as I cannot get in there due to the problems with my knee. These "aids" are for cars though - I'm not really sure if it will work on our boat exhaust.

I hope it does as right now, having the engine on, the exhaust fumes fill the engine room and you can smell them in the bedroom which is right next door - I don't want everything stinking in the bedroom of diesel and getting ruined.

For now, I'm just not going to run the engine, not even for battery charging as I don't think it's really safe either despite what the RCR guy and a few others have said. I'm hoping the bandage/gum will work as we are not having someone come to look at it until Tuesday, never mind having it fixed. Thats a long time with no hot water or electric!