- September 23, 2014
As always, work has never really stopped on the boat even in all the time we weren't blogging - there's always something to keep on top of or... something that we want to change or enhance upon (more likely!)

I suppose you could say it's our "hobby". Whereas some people like to eat out, or go on holiday....collect classic cars or buy handbags and shoes(!) we love doing stuff to the boat and trying to make it as nice as we can!

We've had this job booked in for a few months now and it had always got delayed - at one point the company who was doing the work had broken what they were supposed to be fitting - a granite worktop! But finally the day had arrived!

Removing the sink, ready for the fitting: 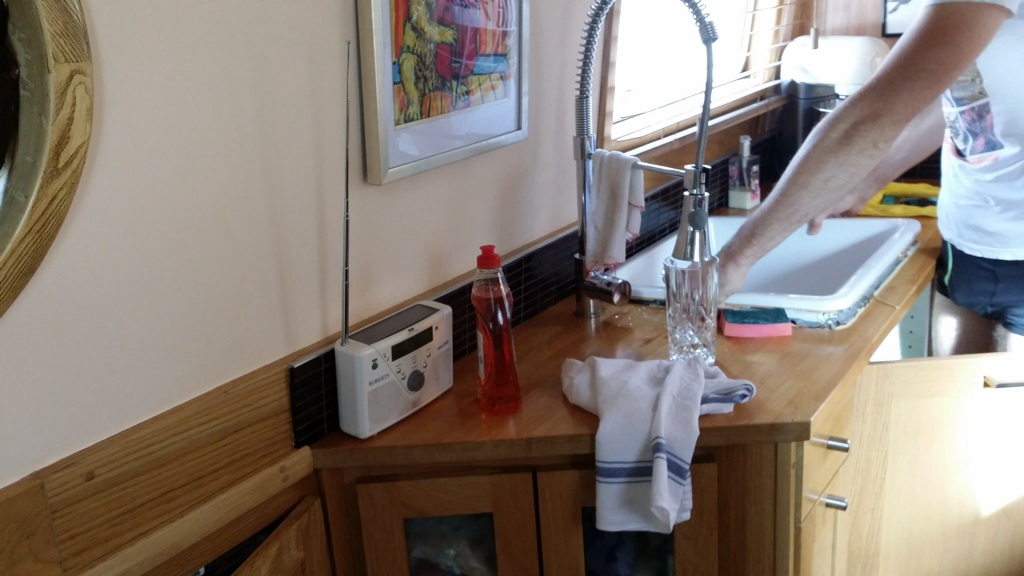 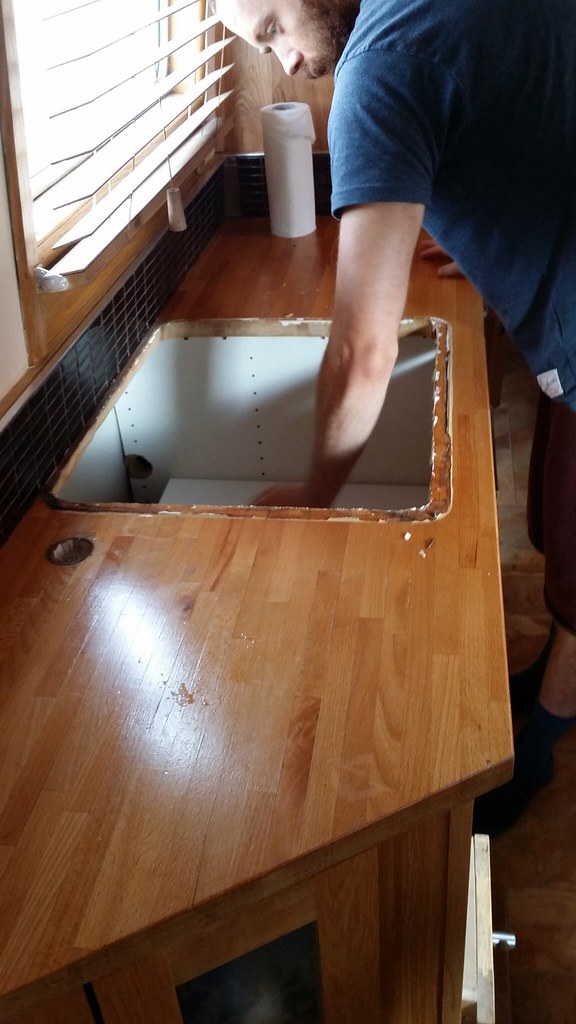 We originally decided last year that we would have the wooden worktop around the sink replaced or veneered in Granite as it makes life easier. The worktop was sound but wood and water is never a good mix! Not only that, but I'm fed up with oiling and varnishing woodwork - so it's one less thing to worry about if it's finished off in granite.

We opted to just have a granite veneer by a company called Granite Transformations - I'm not linking them(!) as despite them doing quite a good job in the end, there was a lot of sneakiness, sloppiness and not so great customer service in the build up to it!

However, as I say, in fairness they have done a top job but they just need to work on communicating with customers better!

We were originally going to have both sides of the kitchen done, but for the opposite side, where we have the breakfast bar "bubble" they quoted £2400 apparently due to the shape of the big round end on the worktop - ouch! So we have kept the Iroko worktop that side and had the granite only on the sink side.

We opted for a granite design called "Amarone" in the end. It's a dark chocolate, and goes quite well with the brown mosaic tiles we have in the kitchen as well as with the darker Iroko worktop we have on the other side. 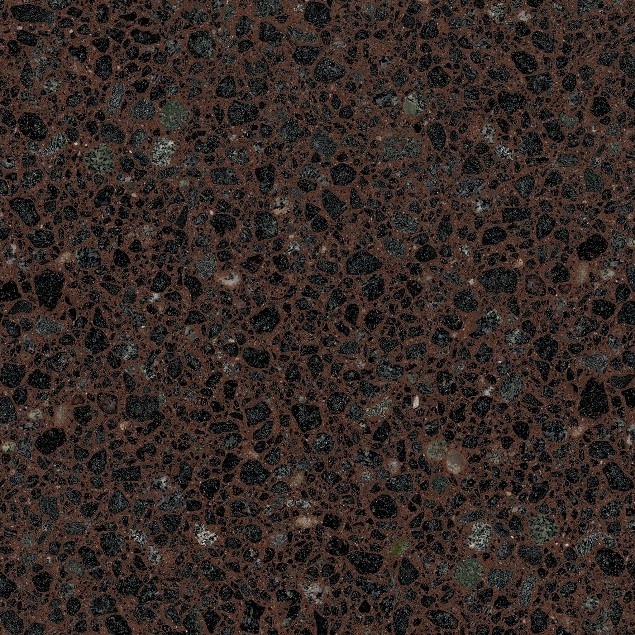 I didn't know, but apparently "Amarone" is a type of red wine (perfect) and the word "Amarone" translates as:

Couldn't have made a better choice - definitely bitter and love red wine!

The overall shape had already been templated and the fitter started off by bringing in the pieces to see how they fit... 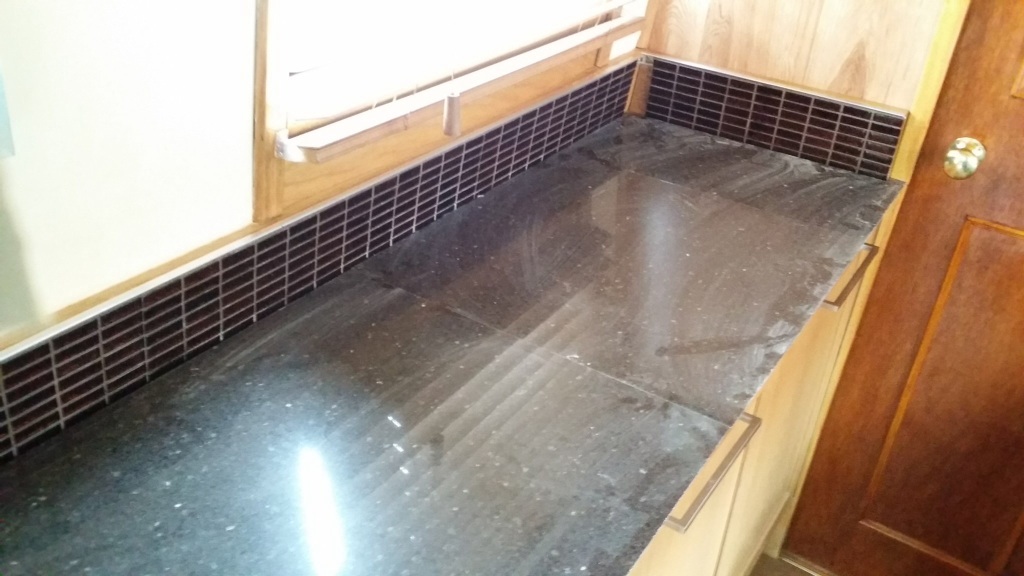 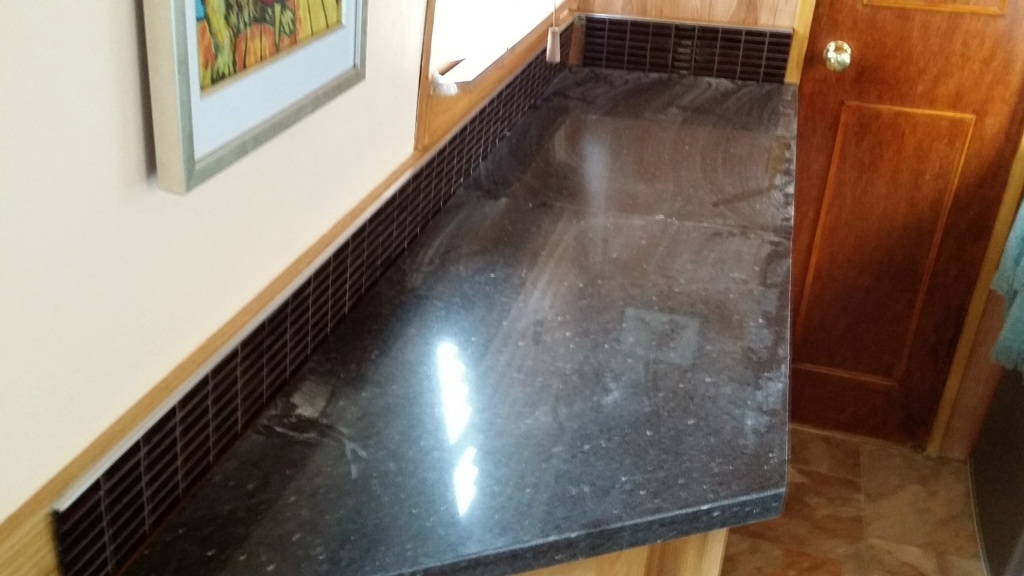 For the fitter, it was then a case of cutting out the aperture for the sink and tap. The worktop was in two pieces, so both pieces needed to be cut! 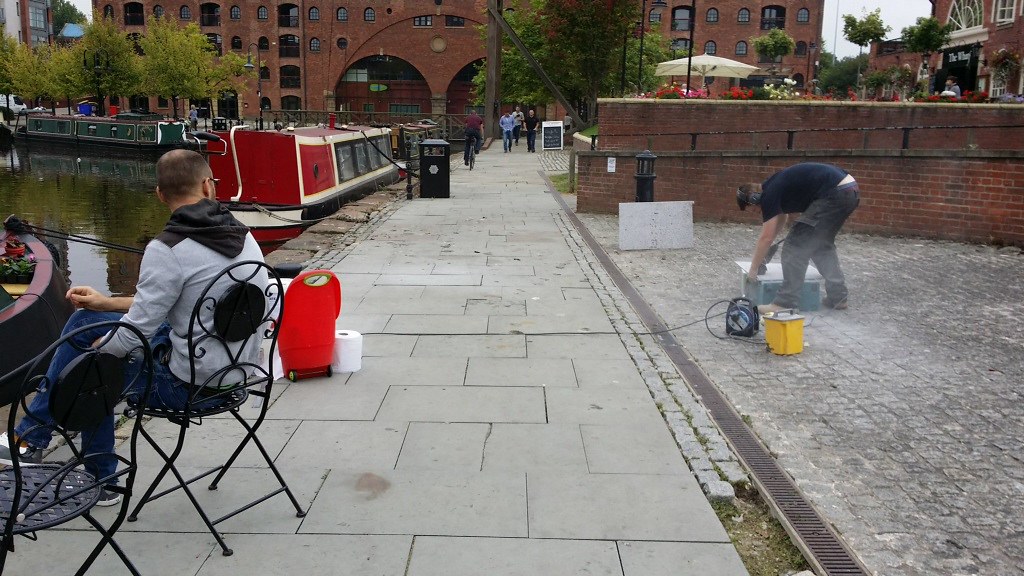 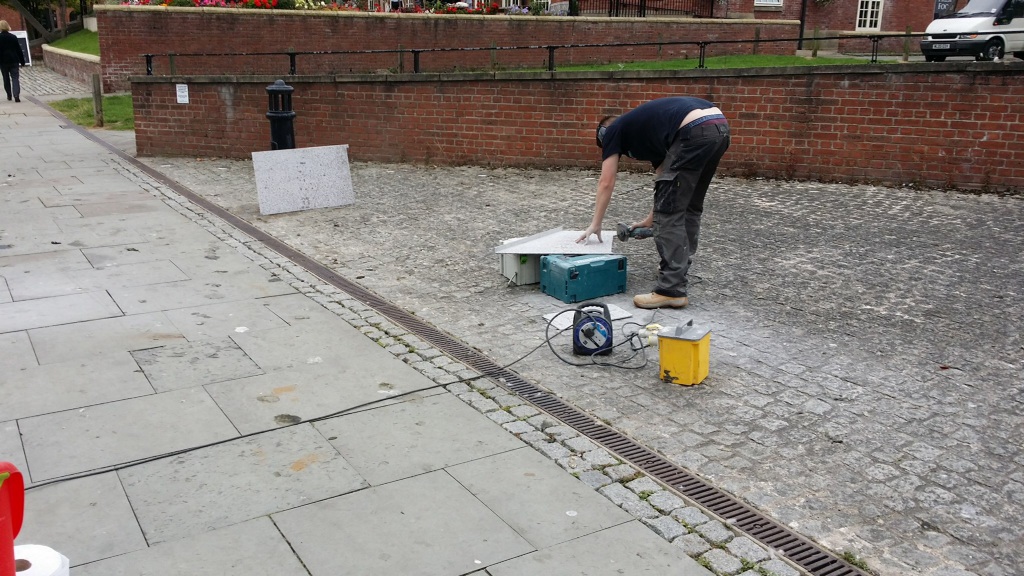 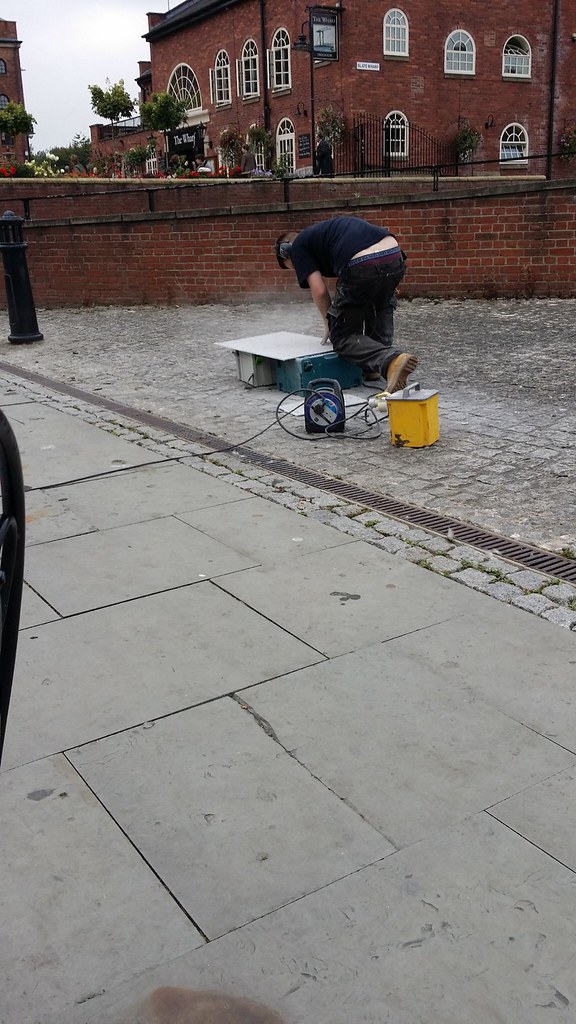 Finally, by around 4PM it was all done and dusted and looking really good. I was nervous about the top being in two pieces as I was concerned about the dovetail joint being really obvious but you can barely see it - you only know because I've told you! The front edge was bonded on in one piece and then rounded off and it all looks really immaculate.

Can you tell how happy I am?! 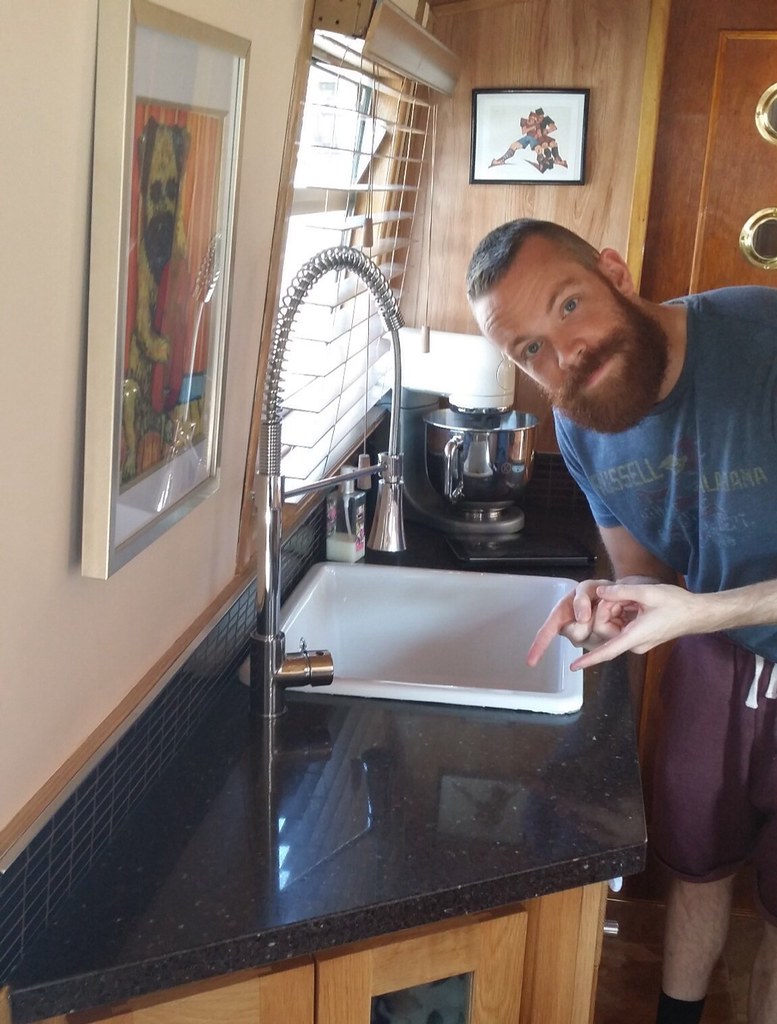 As you can see above, I connected the sink and tap back up, but I still have to run a bead of silicone around the sink. It's a couple of days later now and I still haven't done it - I have been careful and made sure I haven't been splashing too much water about though!

I did go to Wilkos today to get a white silicone sealant so will do it tomorrow, but I've also been busy with re-oiling the bow doors on the outside ready for winter as they were definitely needing some attention

The only problem was the danish oil has done its usual trick on the last coat and dried grainy and with a white film - but more about that tomorrow!