- November 28, 2012
Well, it's around 10PM,as i write this and the thermometer outside is showing the temperature as being minus 4! This is the coldest night so far this winter.

I've got the stove loaded up to the hilt so its nice and warm, I just hope it stays in all night and keeps the back cabin from getting too chilly. We had attempted to instal central heating last year by using the back boiler off the stove in a gravity fed system but it kept blowing off the wall(!) (oh we know why now as well!) Anyway, a lack of time and funds means that it might have to wait until next year to be fitted!

I was off today and P was off this morning so we got up early and decided to take Eddie for a walk and ended up going a bit further than we intended. It might sound stupid, but we don't often go for walks and a lot of the area we are in, we have hardly seen. I took some pics and it was just nice to be out and about exploring.

Can you guess whereabouts we are?! 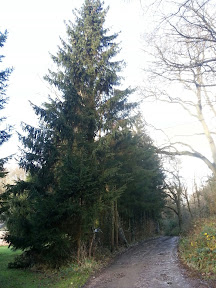 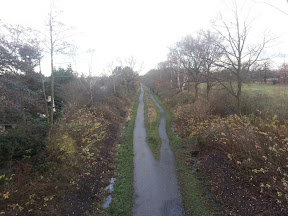 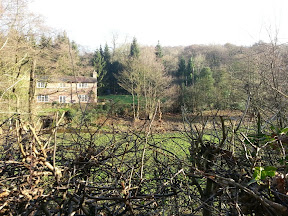 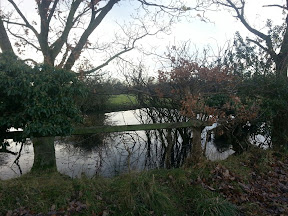 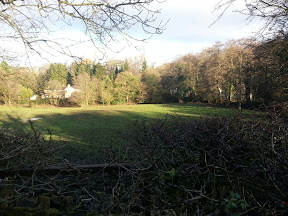 It really was a lovely walk and it almost felt like I was in some remote german or austrian country side!

P headed off to work in the afternoon, so i did some odd jobs, as well as "finishing" the wine off, which involved putting some stabilisers into the demijohns and then adding the finings to help the wines clear ready for bottling. We will bottle it all (for Christmas!) in around a fortnights time.

Our batteries still aren't great, so we think we are going to get a small 12v inverter that we can have on a 12v cable that we can just run the TV and dongle on rather than having the main inverter on which uses around 3.5amps just being on! That will help save the batteries depleting overnight and give us something less to worry about!

I guess that's all for now!