- November 01, 2014
Yes, we're feeling a little bit more positive about it all today and we've even been cracking a joke or two about it all as well. Today, we didn't get up until late - nearly 11, despite planning an early start to run the engine beforehand to charge up the batteries so we could let it cool enough to work on and fix the exhaust.

It left us a bit short of time, but we definitely needed the lie in- with everything going on, it's just drained us - plus I didn't sleep that well last night either due to the local party scene outside!!

We had a bit of breakfast/lunch and then Pawel set off on attempting to apply the gum to the exhaust. Here's how it was looking: 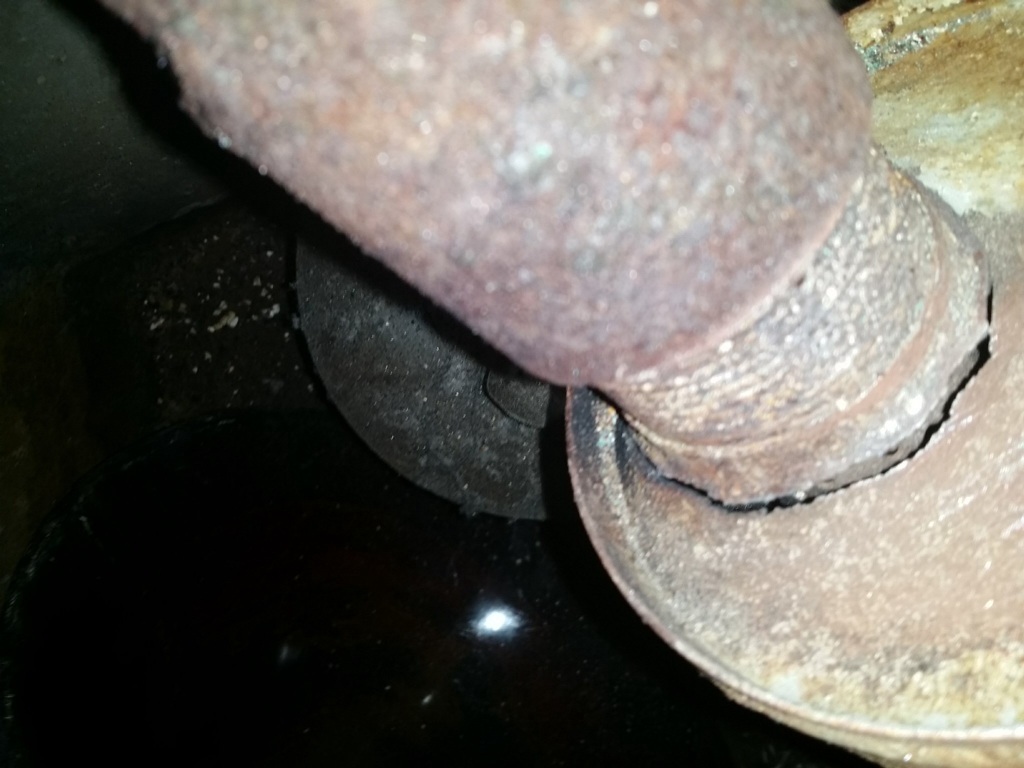 It's a bit awkward to get to as well as it's the top of the silencer, so it has broken away right on the opposite side to where you can get to - nearly against the side wall of the hull. 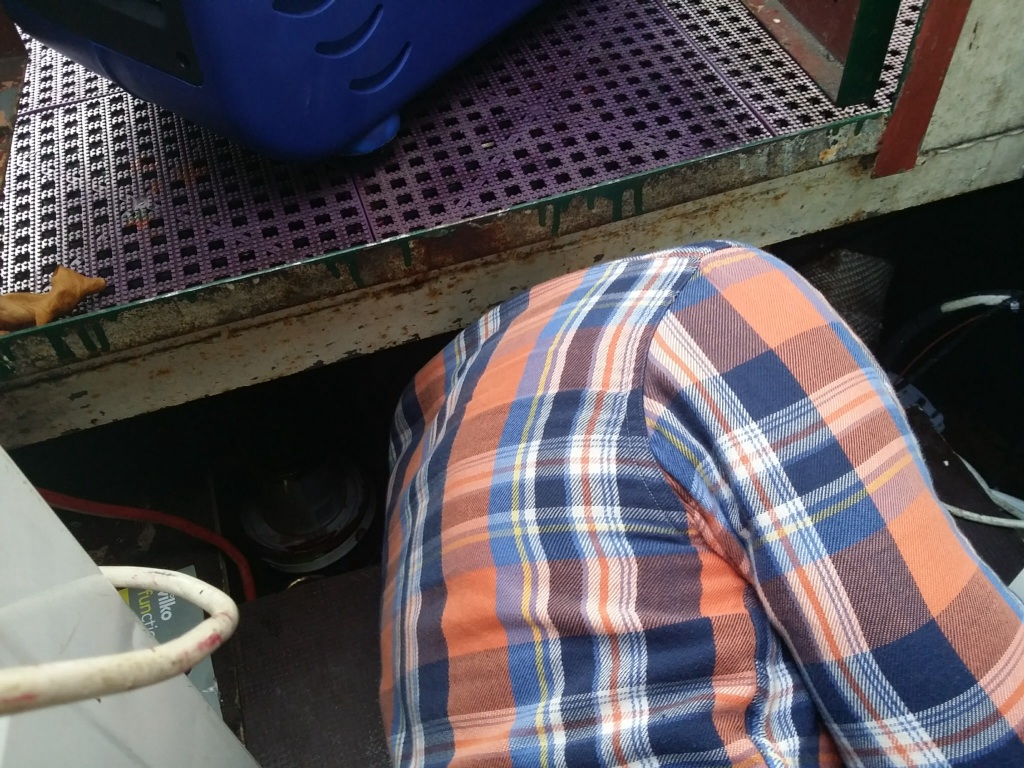 He had a little hand held mirror and a torch to help and applied it as best he could. It doesn't look perfect, but who cares about that?? As long as it does the job - that's the most important thing. 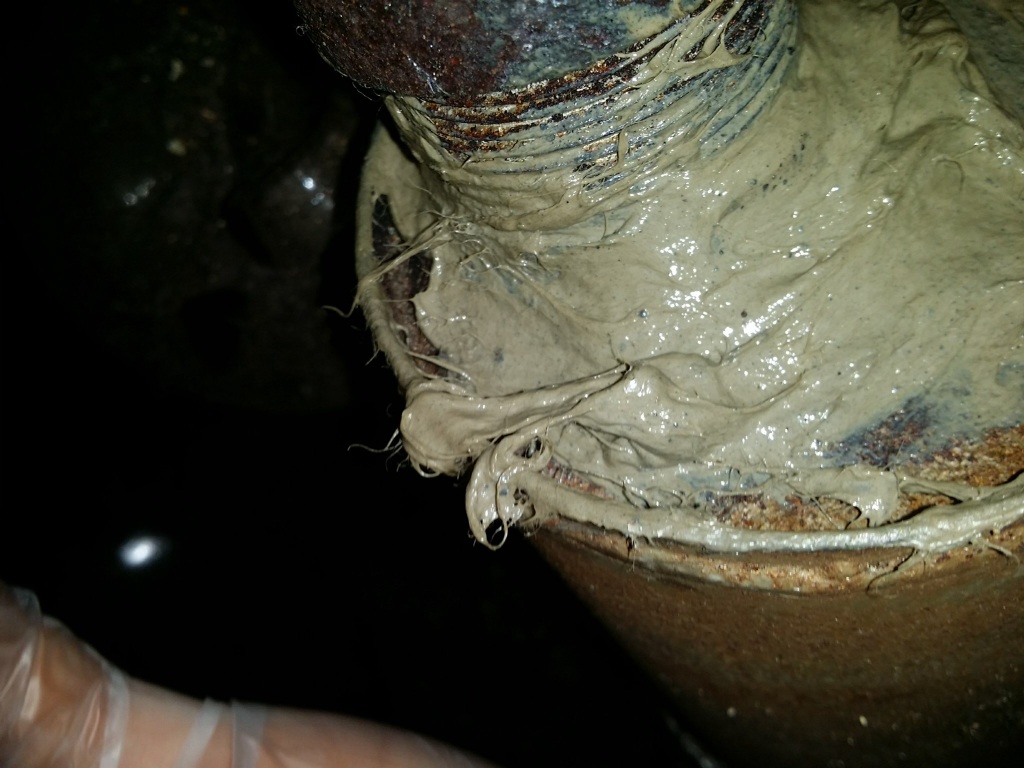 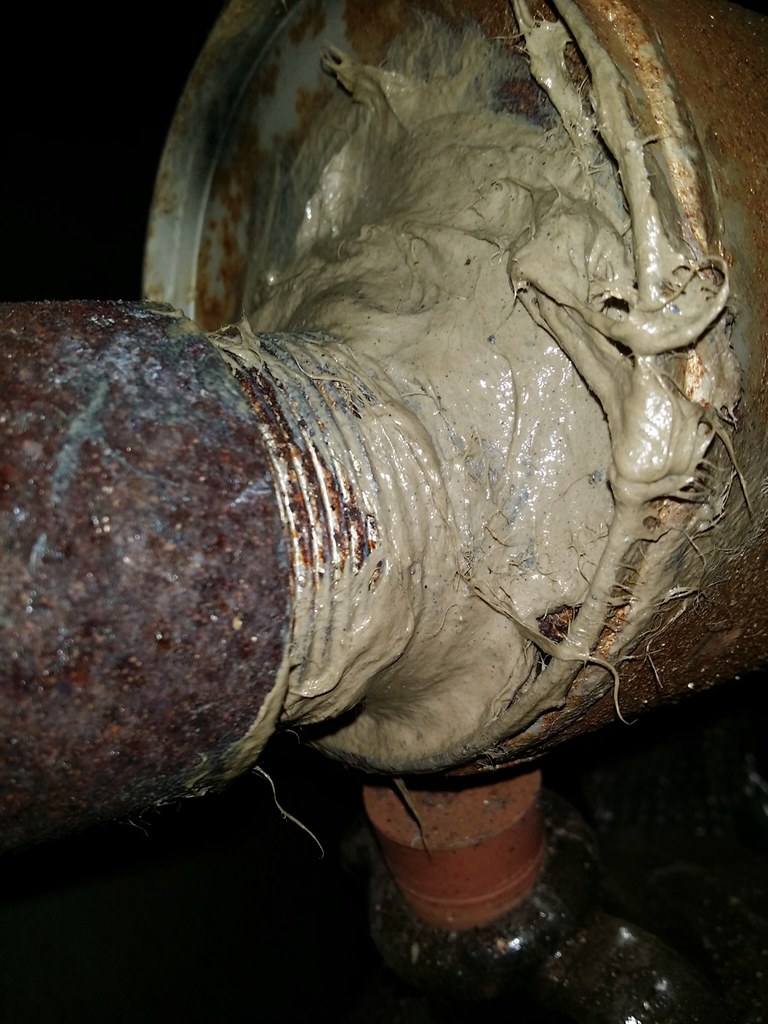 My only concern looking at the pictures, is that it hasn't been applied thickly enough - there weren't any instructions on the tin really as to how thick it needed to be applied. Anybody have any ideas??

I did also get the bandage too, so I might get Pawel to slap another layer of the gum on tomorrow and then also wrap in the bandage - should be good to go then!

I got something called "Swarfega Oil and Grease Remover" yesterday from Halfords. I haven't tried it yet, but my plan is to clean all the obvious up first (deck boards, tumble dryer, washer) and then literally throw shit loads of it down into the bilge and maybe use a coarse brush to scrub and just keep rinsing it out to clean up. My master plan is to then use Owatrol on the bare steel and paint all the bilge so we can get it all properly tidied up and looking smart.